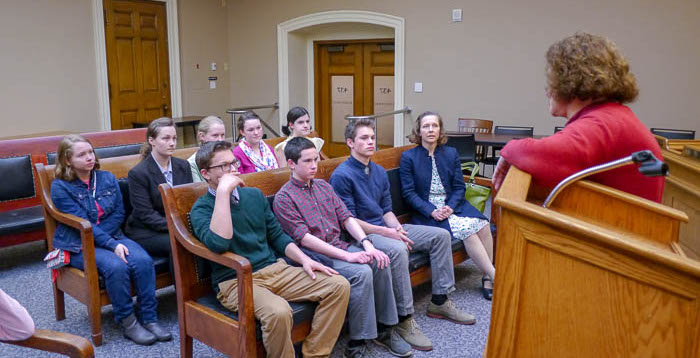 On Friday, April 13, 2018, a group of a dozen high school-age homeschoolers gathered at the Massachusetts State House to learn the history of the grand building, how our legislature works, and to learn how to lobby their legislators on issues that are important to them.

Anne Fox, president of Massachusetts Citizens for Life, welcomed the young people to the hearing room on the fourth floor of the State House and gave them some background. She told them that the Massachusetts Constitution is the oldest working constitution in the world and is the model for many other constitutions, including our own US Constitution. She also gave some brief background on the work of Massachusetts Citizens for Life, including our work empowering pro-lifers across the state to take action and ask their elected representatives and senators to vote for or against legislation related to pro-life matters. 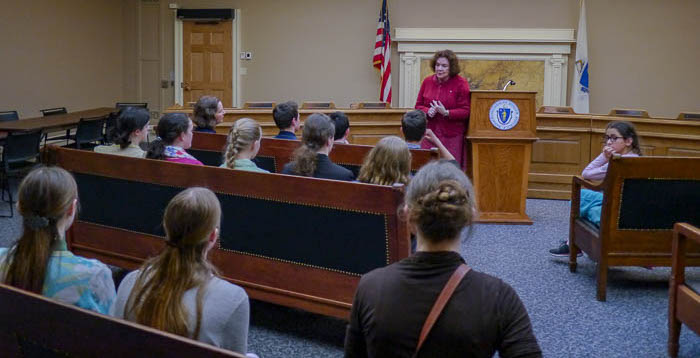 The group was then joined by William Buckley, chief of staff to Rep. John Rogers of Norwood, a longtime member of the House and a pro-life Democrat. Mr. Buckley talked to the students about what it’s like to be a staff aide and work in the State House as well as how the legislature works and how bills gets passed.

Following that presentation, Domenico Bettinelli, Director of Community Engagement for MCFL, introduced the group to three bills that MCFL is supporting in this session, the Women’s Safety Act, the Women’s Right to Know Act, and the Protect Women from Coercion Act, and explained how MCFL educates pro-lifers across the state about the issues before the Legislature, as well as filing legislation to advance the cause of life.

The group then took a tour of the State House, led by Mrs. Fox, pointing out the historical details of the various parts of the building, as well as, showing them the various chambers and important offices, including the House of Representatives and the Governor’s Office.

Finally, the group had lunch in the State House cafe and then went their separate ways to visit their own legislators’ offices and to lobby for pro-life legislation.

Massachusetts Citizens for Life runs Student Lobby Days at the State House on a regular basis at the request of any school group. The day is open to all ages, but is most appropriate for high school students. The ideal group size is 15-25, so we suggest members of a U.S. History or a biology class or members of a pro-life or other club or a homeschooling co-op group. 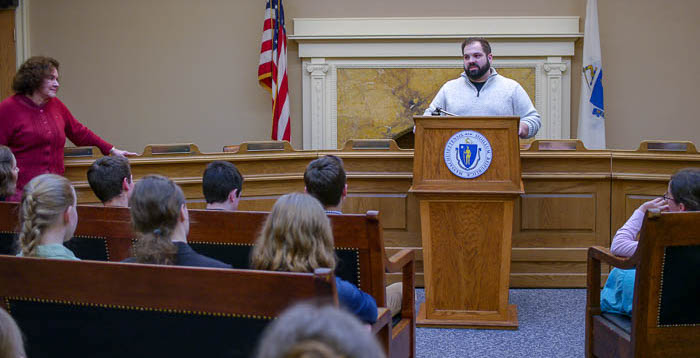 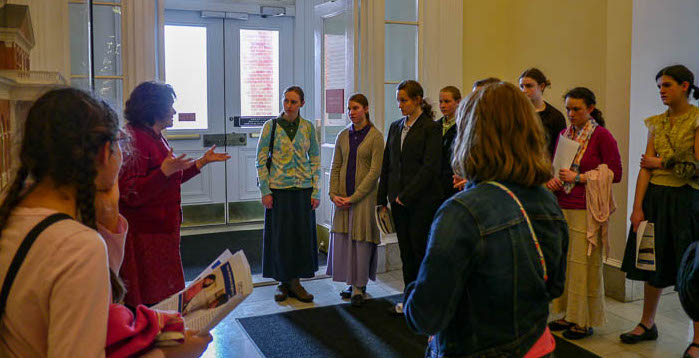 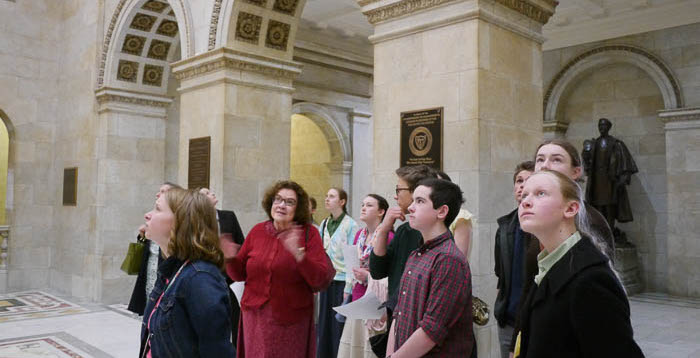