A Fabulous March for Life and Caucus 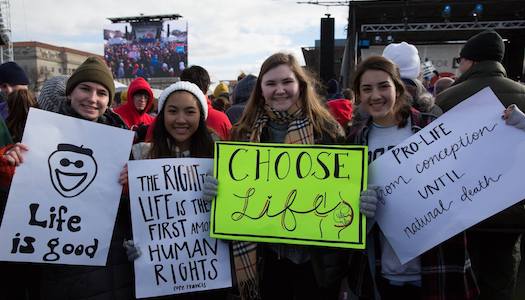 On Friday, during the March for Life, Washington DC was full with the happiest most dedicated people you would want to meet.

Our caucus speakers discussed defunding Planned Parenthood, overturning Roe vs Wade, the numbers that shows we are winning, the situation with doctor-prescribed suicide in DC, upcoming state laws in 2017 (indeed, Kentucky and Arkansas have already passed laws to protect life), and what we should expect from the Republicans now that we have given them the House and Senate and the Presidency and will be giving them the Supreme Court. Thanks to Professor Dwight Duncan, Professor Michael Pakaluk, Professor Michael New, Gloria Purvis, Ingrid Duran, and Matt Hanafin. (See the videos below.)

Vice President Mike Pence and his wife Karen spoke at the March pointing out that they have marched many timed before. His speech was beautiful.

President Trump has given us an amazing week!

Michael New on “Statistics show the pro-lifers are winning”

Gloria Purvis, co-host of EWTN Radio’s “Morning Glory”, on “How We Fought Doctor-Prescribed Suicide in DC and Where it is Going from Here”

Ingrid Duran, National Right to Life Director of State Legislation, on “Where the States Will Take Pro-Life Legislation in 2017-2018”