The Statistical Link between Abortion and Prematurity 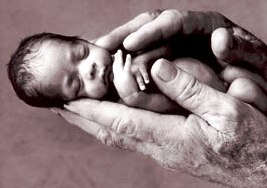 This issue interests Massachusetts Citizens for Life because of our concern for mothers and their babies. We have learned that prior induced abortion increases the risk of premature births. In 2007 the Institute of Medicine, a unit of the National Academy of Sciences (U. S.), published a textbook on premature birth, in which were listed fourteen “immutable medical risk factors associated with preterm birth.” Third on that list is “Prior first trimester induced abortion.” (See Preterm Birth: Causes, Consequences, and Prevention (2007), Appendix B: “Prematurity at Birth: Determinents, Consequences, and Geographic Variation.”)

In 2009 two major studies (see below) confirmed added risk of premature birth among women who had undergone prior induced abortions. Both of these studies represent “settled science” because they are systematic reviews with meta-analysis.

Studies have also been conducted on the increased incidence of cerebral palsy among children born prematurely. Complications: abortion’s impact on women (Toronto, ON: de Veber Institute, 2013) by Dr. Angela Lanfranchi was published in December 2013. The conclusions were based upon estimates of 15,000 very-low birth-weight newborn babies later diagnosed with cerebral palsy due to their mothers’ prior induced abortions.

We urge you to become informed on this issue. If you would like more information about premature births and abortion, feel free to contact us.