The Link Between Contraception and Abortion: An Unpleasant Fact 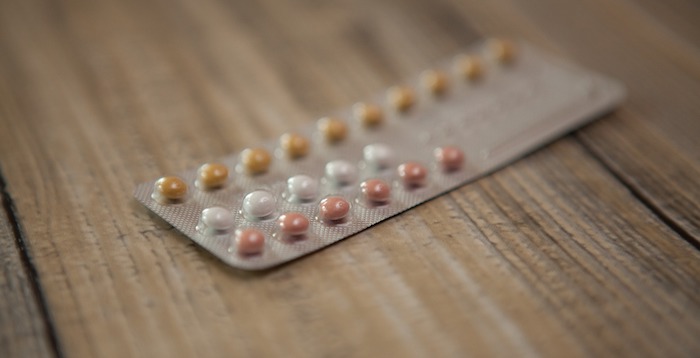 I call the link between contraception and abortion an unpleasant fact, not only because both are unpleasant things, but also because pro-lifers often consider it unpleasant, because unfriendly, to point out that contraception brings forth abortion. Our Protestant brethren in Christ do not share the Catholic Church’s teaching on contraception, and people say that it’s best to focus on areas of agreement.

But let’s put diplomacy aside for the moment. There are various ways of showing the connection.

As regards jurisprudence, the fruit of contraception is abortion. Until the 1960s, Comstock Act laws were on the books in many states, making the sale of contraceptives illegal even to married couples. These laws were overturned in 1965 by the Supreme Court’s muddled Griswolddecision. But by 1973—only eight years later—the Supreme Court in Roe v. Wade had inferred from the right to contraception a right to abortion.

The reasoning was that the right to privacy protected decisions about contraception for married couples. It gave couples the prerogative to procreate or not, as they wished. But no right worthy of its name is held by other than individuals, or so the Court said in Eisenstadt v. Baird (1971). Thus individuals most fundamentally have a right to privacy—that is, they have the right to control whether or not they procreate in their private couplings. But they cannot really control their couplings if the woman does not have control. But she cannot have this control except by having the option to abort the results of intercourse before they come to light. Indeed, the framework of rights would make little sense if a marvelous right to privacy gave us freedom to couple as we pleased, then failed to shield us when only one such coupling could compel us to care for a child for twenty years.

People say that the revolution in culture whereby sodomy went from illegal to legal (Lawrence, 2003) to celebrated in same-sex marriage (Obergefell, 2015), was the fastest social revolution in history. Not so: The transition from Griswold to Roe, from contraception to abortion, was even more radical and took an even shorter time. I would suggest that the suddenness of this transition places the burden of proof on those who deny the causal relation between contraception and abortion.

Someone in considering this may think, “Well, I have used contraception, but I don’t believe in the ‘right to privacy’ of Griswold or in abortion.” I would ask such a person to consider whether you really do grant that law could, in principle, overrule your decision to use contraception. If not, you implicitly accept that there is a right to contraception, and, if my argument is correct, you have accepted the common reasoning which leads to abortion.

In graduate school I had a conversation about abortion with one of the most intelligent persons I had met there. I explained the techniques of abortion, the fallacies in the usual arguments, the judicial history, and so on, and he was just about convinced. But then he said, “But I can’t become pro-life.” “Why?” I asked. “Because if I do,” he said, “I’ll have to give up sex.” He saw immediately, and in his honesty expressed, the connection I am proposing. Couples who have sexual relations as they wish, not from a rational decision to have relations only in the context of a marriage, will most often have relations where the conception of a child is positively not wanted. There must be a solution. My friend saw that if you absolutely do not want to be tempted to “take care of the problem,” and you would not want to give the child up, and you are not prepared to raise it—that is, if you are not “open to procreation”—then neither does sex with contraception make much sense.

In theoretical terms, the essence of contraception is the idea that man is autonomous and a law unto himself, and he can define the meaning of the marriage act as he wills. He does not need to subordinate his decisions to nature or to God. There is no objective meaning, which he must try to construe and abide by. Thus, there cannot be a right or wrong in the technology of controlling births—right because respecting nature, wrong because exploiting nature.

It took the Supreme Court a mere twenty-five years to make this premise explicit, in the famous “Mystery Passage” of the 1992 Casey decision: “At the heart of liberty is the right to define one's own concept of existence, of meaning, of the universe, and of the mystery of human life.”

The connection between contraception and abortion shows up in ostensibly compassionate social justice initiatives. If poor women or women in developing countries can get power over their lives, and freedom from men, only by having total control over the means and conditions of conception, then they must equally have total control over whether conception leads to a child they must take care of.

All the NGOs that distribute contraception consider abortion a necessary backstop to contraception. They will say this secretly, while publicly they lament the necessity. If pressed, they will rationalize their support of abortion as an unintended side-effect of their promotion of contraception—as if to say that they cannot be held responsible for what nature has rigged in such a prejudicial manner. If there is a necessary connection between contraception and abortion, then nature is to blame for it.

They are so wedded to this connection that when President Trump reinstated the Mexico City Policy, which denies American aid to any NGO that provides, counsels, or refers for abortion, or that promotes a change in a country’s laws towards permitting access to abortion, not a single NGO (as far as I am aware) agreed to sever its contraception work from its abortion advocacy.

Likewise, every expert invited to the Pontifical Academy of the Sciences to discuss population and contraception—including Paul Erhlich of “Population Bomb” fame and John Bongaarts of the Population Council—advanced the opinion that abortion, though regrettable, is indispensable.

Since Humanae Vitae, the fiftieth anniversary of which we celebrate this year, there has been a constant stream of Jesuit moral theologians arguing in print that the encyclical was a mistake, that it is enough if the unitive and procreative dimensions of sex and marriage are linked in only a very general way—not in each marital act—and that the really deep meaning of Paul VI’s teaching is that couples should exercise responsible parenthood. People who think this way will naturally also regard contraception as a brake on man’s activities that damage the environment.

Recently it was reported that the Vatican had scandalously awarded a medal, the distinction of Dame Commander in the Pontifical Equestrian Order of St. Gregory, to the most publicly notorious European activist for abortion, the Dutch Minister Lillianne Ploumen. (She is famous for founding SheDecides, which raised $400 million to make up the shortfall suffered by NGOs because of the Mexico City Policy.) The Vatican later said in a statement that the medal was conferred to Ploumen as a pro forma exchange of honors in the context of state visit, and that no support for her views should be inferred. (And yet apparently President Trump and his entourage received no comparable distinctions.)

What the scandal illustrates so clearly is that it is hardly possible to embrace contraception, even by being ambiguous or apparently “neutral” towards it, without getting entangled with abortion.  If there are actors in the Vatican who are sympathetic to the longstanding attitude among prominent Jesuit moral theologians, they will find themselves inching toward abortion, too. If they don’t walk into it themselves, the Lillianne Ploumens of the world will draw them in.

The fruit of contraception is abortion. What does that imply for us? Should we hold a March for NFP as well as a March for Life? No, but neither should we pat ourselves on the back for addressing only the most egregious consequences of the so-called sexual revolution. The causes need to be addressed as well—which we will not be doing if we continue to insist on the separability of abortion and contraception. For a society—I do not speak to particular cases—they are not separable in theory, in practice, or in fact.

A good first step is the humble one of trying to live purity and chastity with greater refinement. “But among you there must not be even a hint of sexual immorality,” St. Paul says (Eph 5:3).  Catholics and other Christians too can look to Mary, just as her child Jesus did, and see in her purity and chastity a verification of the ideals of the Jewish tradition of “tower of David, tower of ivory, house of gold, ark of the covenant.” As virgin and mother, she is spes nostra et vita.

Michael Pakaluk is professor of ethics at the Catholic University of America. A version of this essay was delivered as remarks to Massachusetts Citizens for Life’s Caucus before the March for Life on January 19, 2018. It also appeared online at First Things.