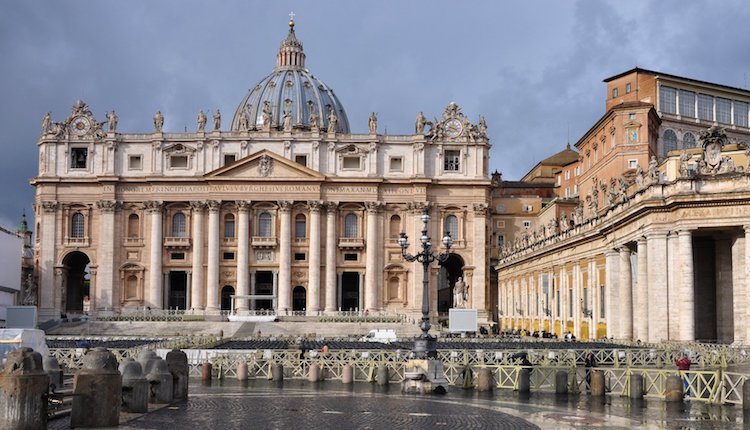 Perhaps the best guidance can be found in the 1980 Vatican Statement on Euthanasia that states:

“If there are no other sufficient remedies, it is permitted, with the patient’s consent, to have recourse to the means provided by the most advanced medical techniques, even if these means are still at the experimental stage and are not without a certain risk. By accepting them, the patient can even show generosity in the service of humanity. – It is also permitted, with the patient’s consent, to interrupt these means, where the results fall short of expectations.” (Emphasis added)

The document further explains that:

But for such a decision to be made, account will have to be taken of the reasonable wishes of the patient and the patient’s family, as also of the advice of the doctors who are specially competent in the matter. The latter may in particular judge that the investment in instruments and personnel is disproportionate to the results foreseen; they may also judge that the techniques applied impose on the patient strain or suffering out of proportion with the benefits which he or she may gain from such techniques. (Emphasis added)

This is a common sense and balanced approach that was not controversial in 1980 and should apply in Baby Charlie Gard’s situation, especially since there is apparently disagreement among doctors about the experimental treatment.

When I worked with cancer patients in the 1980s and 1990s, I especially remember two patients who decided to try experimental treatments.

One was an older woman whose cancer had spread to her brain. A new drug had been developed that would have to be administered via an access implanted in her head. She desperately wanted to spend more time with her family and was willing to try the drug despite the potential side effects and poor chance that the drug would work.

Initially, the drug did make her worse and she was near death. Three times we called her family to come in because death was imminent and she was in a coma.

But she surprised us all by recovering and two years later was still doing well without any recurrence of the cancer. The doctors were astounded.

In another case, a man in his 40s with two sons also decided to be part of a clinical trial of a new drug for his cancer. Some of my colleagues questioned why he would take on such a challenge so I talked with him. He said that he accepted the fact that he was probably going to die of his cancer but he wanted to try the drug not only in the hope that it would benefit him or others like him but also because he wanted his sons to know that he fought to live and be with them.

Although this man died, he left a brave legacy of love to his boys.

It is important to understand that medical progress and technological marvels often happen because doctors, patients and family persist in trying.

For example, it wasn’t that long ago that AIDS was considered incurable. Experimental drugs did not work at first but later ones did and now AIDS is no longer an automatic death sentence.

Baby Charlie’s parents worked hard to find a potential treatment and even raised the money to transport their son to the US. The hospital’s decision to usurp the parents and unilaterally remove Baby Charlie’s life support has led to an outpouring of support for Baby Charlie and his parents.

Let us hope that this latest court appeal will reverse the hospital’s decision and help restore the rights of parents reasonably trying to help their children.