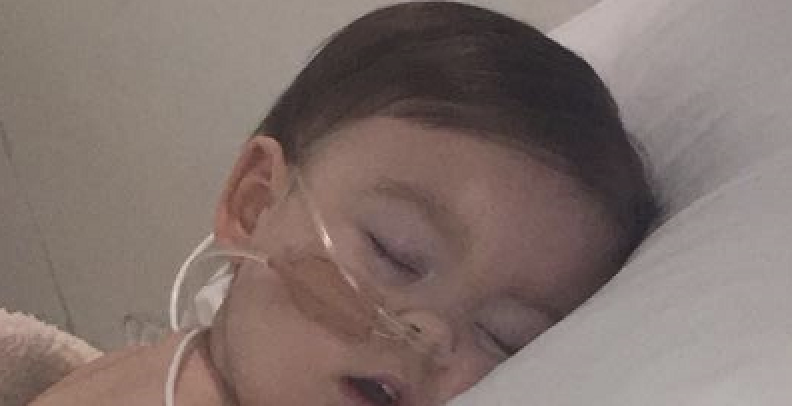 The hospital in England that removed the life support of British toddler Alfie Evans in April over the objections of his parents spent more than $190,000 in lawyers’ fees in the legal battle that ended in the termination of the 23-month-old’s life support.

The actual amount spent by Alder Hey Children’s Hospital in Liverpool, England, was likely much higher, because the $191,584 doesn’t include what was spent during the last week of March and four weeks in April, the BBC reported Saturday.

The financial expenditure is the latest insight into what occurred during the extensive legal battle waged by the hospital to pull the plug on Alfie’s life support. It said doing so was in the seriously ill child’s “best interests.”

Alfie, from Bootle, Merseyside, suffered from a degenerative brain condition. He had been in a semi-vegetative state for more than a year, according to the BBC.

Alfie’s case drew international attention, even prompting Pope Francis to offer support to the child’s parents, who wanted to take Alfie to a hospital in Italy.

The revelation of the legal expenditures—resulting from a freedom of information request—drew a harsh rebuke from the toddler’s aunt, Sarah Evans.

“We had a hospital [to take Alfie to]. We had the money to take him elsewhere. We had the plane ready. We had Alfie fighting, and they paid this to kill him? Ask yourselves why,” she wrote on Facebook.

Robert Moffit, a senior fellow with the Institute for Family, Community, and Opportunity at The Heritage Foundation, said that there’s a lesson to be learned from Alfie’s case for those on this side of the Atlantic.

“For Americans, this British case is a teachable moment,” Moffit said. “Government control of health care is government power over health care. In such a system, the exercise of personal freedom requires the bureaucrats’ permission slip.”

Alfie’s father, Thomas Evans, hinted that more information about the toddler’s final days would be released in the coming weeks.

“No other parent should ever, ever go through [this],” Evans wrote.