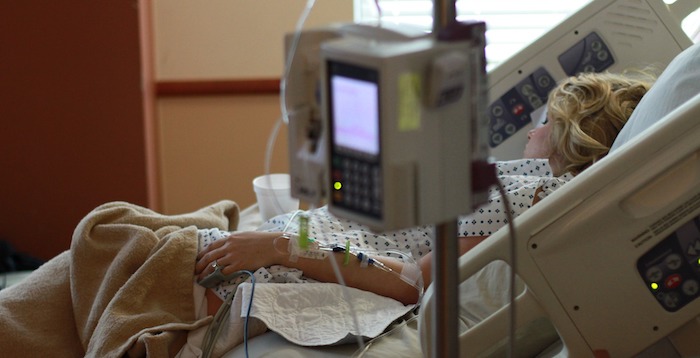 This year, a new bill, HB 2739, called the “Our Care, Our Choices Act” was recently fast-tracked in the legislature with testimony scheduled for February 27, 2018. It would allow advanced practiced registered nurses as well as doctors to be the “attending provider” for assisted suicide.

Although there are at least six problems with US assisted suicide laws that I have written about before, the Hawaii legislators claimed “robust safeguards” such as, “if appropriate”, the doctor (or nurse) can refer the terminally ill patient for  “counseling” to be performed by “a state-licensed psychiatrist or psychologist” but just for “determining that the patient is capable of making medical decisions and not suffering from a psychiatric or psychological disorder or depression causing impaired judgment”. This is not the same as the usual psychiatric/psychological evaluation required for other suicidal people. (Emphasis added)

(I submitted my testimony on this bill which is at the end of this blog.)

After “an emotional 5-hour hearing” February 27, a joint House panel voted in favor of an amended version of HB 2739 that will now head to a vote of the full House in the near future.

The amended bill includes the welcome removal of advanced practice registered nurses as “attending providers” but added social workers to the psychiatrists or psychologists designated as the counselors to determining the patient’s “capability” and allows “counseling” by telehealth instead of in person. Finally, the new bill would also lengthen the time between oral requests for assisted suicide from 15 to 20 days.

Hopefully this terrible new assisted suicide bill will be defeated like last year’s.

But, as usual, Compassion and Choices continues to describe HB 2739 as just:

“Medical aid in dying is an end-of-life medical practice in which a terminally ill, mentally capable individual who has a prognosis of six months or less to live requests, obtains and—if his or her suffering becomes unbearable—self-ingests medication to die peacefully in their sleep.”

We all need to know that we are being lied to about assisted suicide and fight against such laws!

Please Do Not Approve HB 2739, From a Mother and a Nurse

As the mother of a physically healthy suicide victim who used an assisted suicide technique and as a registered nurse who has cared for suicidal people both personally and professionally for over 40 years, I implore you not to approve the dangerous HB 2739, the “Our Care, Our Choice Act”.

Despite the euphemism of “aid in dying” instead of medically (since advanced practice registered nurses can be “the attending physician”) assisted suicide and the demand for it as a fundamental right, this bill puts both desperate people and our health care system in danger. I want to address both issues.

My Daughter Marie Killed Herself Using an Assisted Suicide Technique

In 2009, I lost a beautiful, physically well 30-year-old daughter, Marie, to suicide after a 16-year battle with substance abuse and other issues. Her suicide was like an atom bomb dropped on our family, friends and even her therapists.

Despite all of our efforts to save her, my Marie told me that she learned how to kill herself from visiting suicide/assisted suicide websites and reading Derek Humphry’s book Final Exit. The medical examiner called Marie’s suicide technique “textbook final exit” but her death was neither dignified nor peaceful.

Marie was not mere collateral damage in the controversy over assisted suicide. She was a victim of the physician-assisted suicide movement, seduced by the rhetoric of a painless exit from what she believed was a hopeless life of suffering.

Adding to our family’s pain, at least two people close to Marie became suicidal not long after her suicide. Luckily, these two young people received help and were saved, but suicide contagion, better known as “copycat suicide”, is a well-documented phenomenon.

After Oregon’s physician-assisted suicide law took effect in 1997, the rate of suicide increased. In 2015, the state’s health department said “The rate of suicide among Oregonians has been increasing since 2000” and as of 2012 was “42% higher than the national average”; suicide had become “the second leading cause of death among Oregonians aged 15 to 34 years.” These figures are in addition to deaths under the Oregon assisted suicide law, which legally are not counted as suicides.

My Marie was one of the almost 37,000 reported US suicides in 2009. According to the Centers for Disease Control and Prevention, suicide is the 10th leading cause of death among Americans with more than 44,000 people dying by suicide in 2015, more than 1.4 million people reported making a suicide attempt in the past year and almost 10 million adults reported thinking about suicide in the past year. Suicide costs society over $56.9 billion a year in combined medical and work loss costs.

Our urgent health care crisis is the staggering and increasing number of suicides, not the lack of enough medically assisted suicides.

The Effect of Medically Assisted Suicide on Our Health Care System

Several years after Oregon’s law was passed, I was threatened with termination from my job as an intensive care unit nurse after I refused to participate in a deliberate overdose of morphine that neither the patient nor his family requested after an older patient experienced a crisis after a routine surgery.

The patient had improved but did not wake up within 24 hours after sedatives used with a ventilator were stopped. It was assumed that severe brain damage had occurred and doctors recommended removing the ventilator and letting the patient die.

When I refused to participate in this, I found no support in my hospital’s “chain of command” and I could not pass off this patient to another nurse so I basically stopped the morphine drip myself, technically following the order to “titrate morphine for comfort, no limit.”

The patient eventually died after I left but ironically, a later autopsy requested by the family showed no lethal condition or brain injury as suspected.

The physician who authorized the morphine demanded that I be fired.

I’ve known other doctors, nurses, and therapist who have similarly put their jobs on the line to protect their patients. Unfortunately, we are fast becoming pariahs in the face of medically assisted suicide legalization.

Society has long insisted that health care professionals adhere to the highest standards of ethics as a form of protection for society. The vulnerability of a sick person and the inability of society to monitor every health care decision or action are powerful motivators to enforce such standards. For thousands of years doctors (and nurses) have embraced the Hippocratic standard that “I will give no deadly medicine to any one, nor suggest any such counsel.” Should the bright line doctors and nurses themselves drew to separate killing from caring now be erased by legislation?

As a nurse, I am willing to do anything for my patients — except kill them. In my work with the terminally ill, I have been struck by how rarely these people say something like, “I want to end my life.” And the few who do express such thoughts are visibly relieved when their concerns and fears are addressed and dealt with instead of finding support for the suicide option. I have yet to see such a patient go on to commit suicide.

In 2015, the Canadian Supreme Court approved MAID (medical aid in dying aka medically assisted suicide) and lethal injection suicides began in Quebec, one of Canada’s largest provinces. Now, “only 5 of more than 2,000 Canadian patients who used medical aid in dying self- ingested the lethal medication.”

But a December, 2017 Canadian medical journal article “First Results from a Unique Study”  done in Laval, Canada showed that although prior to the law, 48% of doctors said they would participate, 30% with conditions and only 28% said they would never participate, afterwards, 77% of the physicians getting MAID requests refused to actively participate, all of them using the conscientious objection clause, even though the study claimed the majority (72%) were in favor of MAID with only 13% of the doctors neutral or ambivalent. The most common reason given for refusal was “too much of an emotional burden to bear”.

Do assisted suicide supporters really expect us doctors and nurses to be able to assist the suicide of one patient, then go on to care for a similar patient who wants to live, without this having an effect on our ethics or our empathy? Do they realize that this can reduce the second patient’s will-to-live request to a mere personal whim – perhaps, ultimately, one that society will see as selfish and too costly? How does this serve optimal health care, let alone the integrity of doctors and nurses who have to face the fact that we helped other human beings kill themselves?

Medically assisted suicide is a dangerous proposition and HB 2739 goes beyond even Oregon’s law by approving lethal injections and advanced practice registered nurses as providers. Other countries have gone farther to include chronic psychiatric conditions, birth defects and even just old age.

We must not discriminate on the basis of health and choice when it comes to desperate people seeking suicide. We must treat all of our citizens with equal concern.