The Role of the Abortion Industry in Human Trafficking 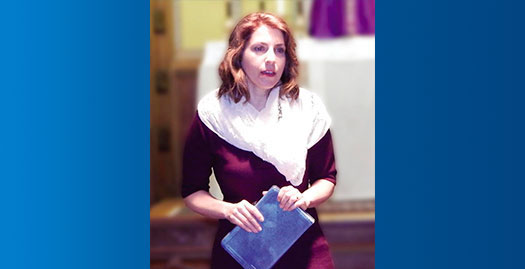 Second in a series

Gail Besse Ryberg profiled human trafficking victim Darlene Pawlik in an April 2017 article in the Hingham Journal, Speaker Shares Personal Story of Survival. This is an excerpt from that article.

Pawlik was conceived in rape, sexually abused by her father, and sold into prostitution on her 14th birthday. Pregnant at 18, she escaped from the man holding her when he threatened to kill her if she didn’t abort her child.

With help from a social worker, she made her way from Haverhill to Friends of the Unborn in Hull, a Christian-based crisis pregnancy center and sheltering home founded by Marilyn Birnie. Meeting Birnie changed Pawlik’s life.

“It was the first time I had met genuinely good people. Marilyn taught me I could choose how to live my life,” she said. “Saving my baby saved my life; otherwise I would have been dead by now.”

She shared her story during a recent talk sponsored by the Hingham-based South Shore Chapter of Massachusetts Citizens for Life.

“I’d been conceived in rape when my mother was 15,” Pawlik told the audience at Quincy’s St. John the Evangelist Church.

Her assailant said he’d ruined her and no one else would ever want her. My mom believed him and when she found herself pregnant, she married him. He continued to attack her and she left him, on the verge of suicide and pregnant a second time.

They divorced but he had the children on weekends.

“My mom didn’t think he’d hurt children, but she was wrong,” said Pawlik. He sexually abused many women and children, including my sister, my cousins and me.

“I learned to dissociate,” she said. “I grew up feeling I was worth less than others and because of that, I was an easy target for a Romeo pimp.

We were poor and he could sense I was vulnerable. He pretended to be a boyfriend but he was actually grooming me to sell for sex.”

In the U.S., young women and men are usually lured into prostitution by fraud or coercion, she said. The pimp creates an emotional bond with his target so that he or she is manipulated into trafficking.

“The average age for recruitment of girls is 11-14,” Pawlik said. “The girl may appear complicit, but she’s actually in emotional bondage. She doesn’t know she’s a victim.”

The men to whom Pawlik was sold for four years were in politics, law enforcement, business and the underworld.

She was beaten, gang-raped and hospitalized. In and out of foster care, she was afraid to break from trafficking until she became pregnant.

The baby’s father forced her to call a clinic, saying he would murder her if she didn’t. As he stood over her, she made the appointment. Then she pretended to go to it. He believed she had undergone the abortion and let her go.

Homeless, she came to Friends, which in 1985 was just a few rooms in Birnie’s house that she offered to women in need“I was very unlovely when Marilyn opened her door to me,” Pawlik said with a rueful smile. She and the other pregnant teenagers were often sick; they lied, argued and swore.

“We didn’t know how to be good,” she said. “We were throw-away girls.”

But Birnie treated them with dignity and taught them they could choose to behave well.

“I realized I could put aside the old me and be a ‘new creation’ as Scripture says,” Pawlik explained. “I could move from darkness into the light of Christ.”