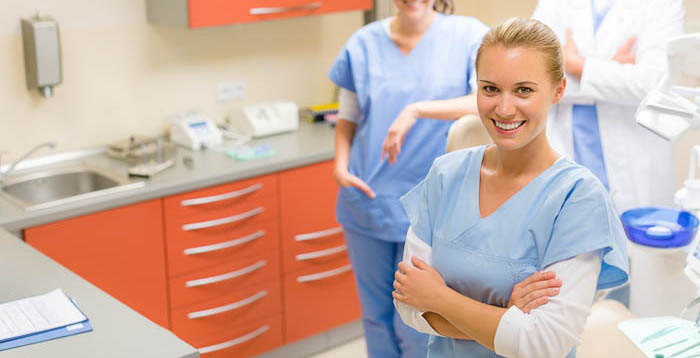 Thus, I am pleased that the Trump administration just announced the new Conscience and Religious Freedom Division in the department of Health and Human Services’ Office for Civil Rights (OCR) to enforce “federal laws that protect conscience and the free exercise of religion and prohibit coercion and discrimination in health and human services”. The division specifically mentions “issues such as abortion and assisted suicide (among others) in HHS-funded or conducted programs and activities” and includes a link to file a conscience or religious freedom complaint “if you feel a health care provider or government agency coerced or discriminated against you (or someone else) unlawfully”.

Predictably, both Compassion and Choices and Planned Parenthood immediately condemned the new department.

In a recent fundraising email, Compassion and Choices states that:

“This office (OCR) is not about freedom; it’s about denying patient autonomy. Under their proposed rules, providers are encouraged to impose their own religious beliefs on their patients and withhold vital information about treatment options from their patients — up to, and including, the option of medical aid in dying. And your federal tax dollars will be used to protect physicians who make the unconscionable decision to willfully withhold crucial information regarding their care from a patient and abandon them when they are most vulnerable.” (Emphasis added)

Planned Parenthood is just as adamant and includes other issues in their reaction:

“OCR is an important office within the HHS that’s meant to protect health care for marginalized communities, including LGBTQ people and underserved women. But the creation of the new “Conscience and Religious Freedom Division” paves the way for discrimination against people for a variety of reasons — be it their gender identity, sexual orientation, or decision to access a safe, legal abortion.” (Emphasis in original)

In response to declining numbers of doctors willing to do abortions in the 1990s, efforts began to mainstream abortion into the health professions such as requiring abortion training for OB/GYNs, shifting training and practice into teaching hospitals and  integrating abortion into regular health care.

The National Abortion Federation along with Medical Students for Choice, pushed for change and in 1995, the Accreditation Council for Graduate Medical Education ruled that OB/GYN residency programs must include abortion training or lose accreditation.

That was overturned the next year with the Coats Amendment passed by Congress but  efforts to marginalize pro-life medical professionals continued, especially with newly passed physician-assisted suicide laws and well-publicized withdrawal of feeding tube cases like Terri Schiavo’s.

In 2008, the Christian Medical Association compiled a list of dozens of real-life cases of discrimination in health care, including doctors, medical students, nurses and pharmacists.

That same year, President Bush strengthened the HHS rules protecting the conscience rights of doctors and nurses to refuse to perform abortions.

That same year, 12 New Jersey nurses faced firing for refusal to participate in abortion and had to rely on groups like Alliance Defending Freedom to bring a  lawsuit defending their rights. They were finally vindicated in 2013.

Right now, Wisconsin is considering a physician-assisted suicide bill that states a doctor’s refusal to prescribe the lethal drugs or refer the patient to a willing doctor “constitutes unprofessional conduct”.

As explained on the Dorsey Health Care group website,

“In January 2018, OCR announced a proposed rule to strengthen conscience-based protections for individuals and entities with objections to certain activities based on religious belief and moral convictions.”

“OCR now proposes to return much of 45 CFR part 88 to its 2008 Bush-era form, adding a requirement that certain recipients of HHS funds certify they comply with conscience protection laws and notify individuals of their rights thereunder”, enhance investigative and enforcement abilities and expands its enforcement authority to more conscience-protection laws than the 2008 or 2011 iterations. It will also “handle complaints both formal and not, perform compliance reviews, investigate, and seek appropriate action,” including terminating funding and requiring repayment. OCR states “that a more centralized approach to enforcement of conscience protections is necessary in part due to rapidly rising complaints.” (Emphasis added) Comments on this proposed rule can be submitted by March 27, 2018.

Without strong conscience rights protections like a successful Conscience and Religious Freedom Division, they will succeed in making health care termination-friendly.

But in the end, enforcement of the most basic civil right of health care professionals to provide care for patients without being required to participate in life-destroying  activities should not be determined by politics or popularity polls but by the acceptance of the universal principle of respect and protection for human life.