Not flesh of my flesh, nor bone of my bone, but still miraculously my own. Never forget for a single minute, you didn’t grow under my heart but in it. -- Fleur Conkling Heyliger

Some might be over the platform, but I still appreciate Facebook. I doubt I’ll ever find much value in seeing photos of your dinner, but I do get a kick out of toddler antics—OK, really anyone’s antics, as long as they’re clever enough to make me LOL. There aren’t enough reasons to laugh out loud these days. I’ve got to give it to Mark Zuckerberg for presenting them. (Now we just need to convince Zuck to divert some of his company's earnings toward pro-life causes.)

Last spring, I found myself captivated by a Facebook friend's frequent posts. I'd lost track of most of what he'd been up to since junior high, but it was apparent from his updates that he and his wife were going through the arduous ordeal of adopting a child.

It wasn’t a smooth process or a swift one. Some posts revealed the couple's vulnerabilities, fears, and their many anxieties. Other updates announced milestones and sequential challenges they'd gleefully overcome. From what I could tell, the two spent close to two years as hopeful adoptive parents, making their way through "the system."

In August, they finally travelled to South Korea and visited the same agency from which my friend himself had been adopted. That week, hundreds of us back here in the States tuned in daily for what had become the best reality show ever. We followed my friend and his wife through airports, landmarks, and, finally, into a play area where we got our first look at their son. 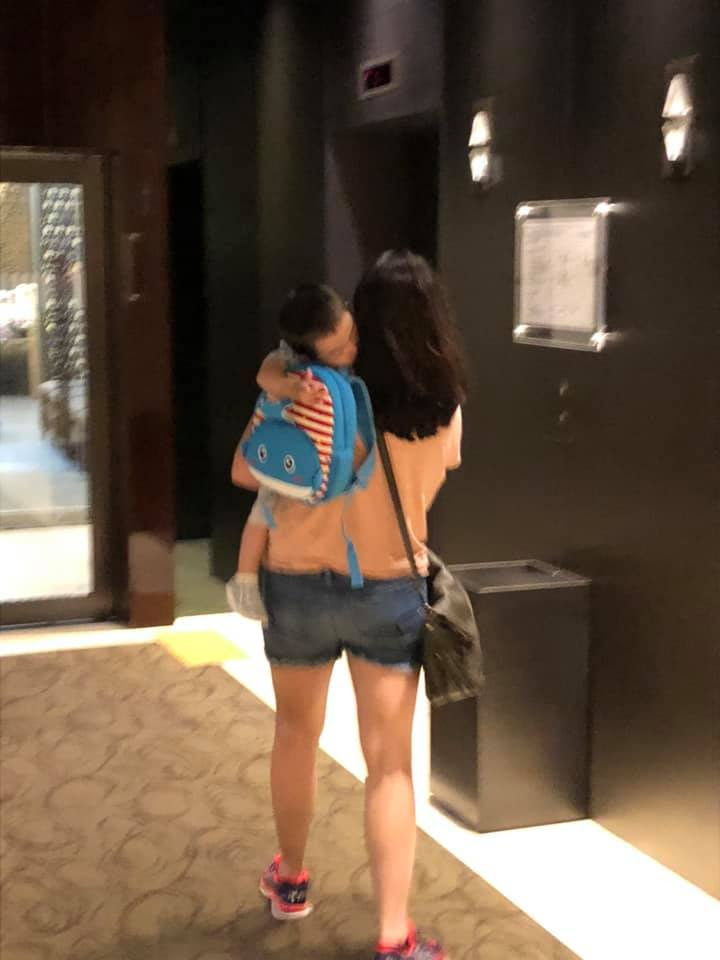 Facebook's ubiquitous blue "thumbs-up" icon that my friend had been receiving on each post swept exclusively to red hearts as two became three, and we all got to welcome Hudson into a family. My friend snapped the picture above as they headed back to their hotel to prepare for the long trip home. My friend's simple caption to his photo: "Success!"

As you may know, November is National Adoption Month, which falls appropriately on the heels of October’s Respect Life messaging. My purpose today isn’t necessarily to encourage you to adopt a child. But I would ask that we each listen for what may be a call to consider it or to go out of our way to support someone who is. Adoption by Choice is one local agency to know about.

If you are aware of someone facing an unexpected pregnancy, point her to MCFL’s website, where she can find supportive statewide resources. While not adoption agencies themselves, they will refer women who seek adoptionfor their baby to reputable, life-affirming, organizations.

Here's to those who have responded to the call to adopt. Here's to heroic women who so bravely give their babies life and opportunities. And here's to the men and women who help to make "the system" work, those who make it a success.