Stacey Dash will keynote our annual banquet this year. An outspoken advocate for the vulnerable and the preborn who has repeatedly faced a pro-abortion majority in Hollywood, she defies societal stereotypes -- much like the woman she portrays later this year on the silver screen: Dr. Mildred Jefferson.

MCFL's 2019 Banquet is less than 4 weeks away on Thursday, October 24th. Now is the time to reserve your table and tickets before we fill up.

Our theme this year, love in action, could not segue more smoothly with Stacey's headlining the event and her historic role as Dr. Jefferson. For those who do not know the history, Jefferson was the first woman -- and black woman -- to graduate from Harvard Medical School. But she was much more.

She was a woman with a backbone of steel and a deeply passionate heart; whiplash smart; an unerring defender of human rights, which she rightly defended on every front, excoriating racism in the same breath as opposing abortion.

"I am at once a physician, a citizen, and a woman," she remarked, "and I am not willing to stand aside and allow the concept of expendable human lives to turn this great land of ours into just another exclusive reservation where only the perfect, the privileged, and the planned have the right to live."

Sometimes, both love and action are words heard to mean inoffensive or uncontroversial.

But to tell the truth, and to love real human beings -- the privileged and unprivileged, the planned and unplanned, the "perfect" and imperfect, the politically cool and the politically peculiar, is to rock boats and make waves.

Yet Dr. Jefferson promoted protecting the vulnerable with an elegance unmatched by any contemporary, and perhaps by any individual to follow her. Stacey Dash dove into this role, one of the many reasons we are so excited to have her headline our event.

Director of the film, Cathy Allyn, told me in a conversation not long ago, “In our research and speaking to those who knew Dr. Jefferson, she was described as a woman who exuded an elegance that matched her intelligence. Stacey embodied those elements perfectly.“

Including her own work to defend the preborn, and lobbying for authentic women's healthcare, and support, Stacey is set to be one of our highlight speakers in our 40+ year history.

Stacey -- and Dr. Jefferson -- are women who make and made history.

They did it with love, with action, and with elegance, speaking the truth. They did not bow to the popular or the easy, nor to the angry or combative. That's a model we can all follow, and it's one we're looking forward to seeing and hearing in person October 24th for our annual banquet.

We hope to see you there!

Check out the exclusive trailer of the film, Roe v. Wade below, slated for release in April 2020. 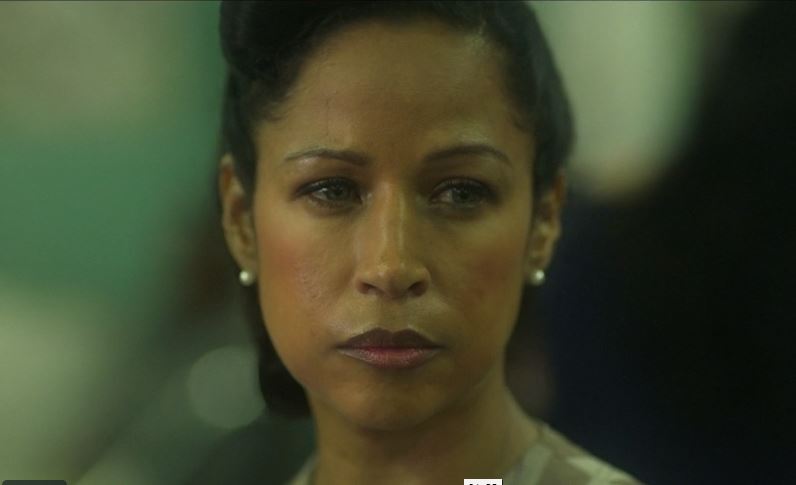 Reserve your seats by going to the events tab above

The Atlantic: You’ve said that there’s never any medical reason for abortion. I wonder if, having gone through some of those tests yourself and been in the vulnerable position of having the ultrasound, you would soften or think differently about the kinds of decisions parents might be making in those situations, where they want to have a happy, healthy baby, but there’s some medical situation where it seems like that’s impossible, and abortion is the route they feel they have to take medically and morally?

So begins a key section of the recent article published by The Atlantic, which profiles Lila Rose, the founder and president of national pro-life investigative organization, Live Action.  The thorough interview prints Lila's strong voice with surprising consistency: her words opposing the violent act of abortion, her words exposing the predatory nature of Planned Parenthood, and her words beautifully describing the necessity for support and respect for women.

But we want to highlight this section, because it speaks directly to the unnecessary and dangerous provisions in the proposed bills S.1209/H.3320 (currently being reviewed by the Judiciary Committee) regarding so-called "fetal abnormality."

Said Lila, in reply to the above quote: If anything, it strengthens my complete opposition to seeing a less-than-healthy baby as less than precious. Abortion is not a medical treatment. It doesn’t make a baby healthier, it doesn’t make a woman healthier. It just kills. (emphasis added)

If my child were to face a life-threatening diagnosis or some sort of disability, my child deserves just as much love from me and my husband. And I hope that our society can be one of compassion and love and advocacy, as opposed to believing it would be better that you died, which is, unfortunately, the way a lot of our health-care system is set up right now for babies before birth.

The Atlantic: [ But we may be ]talking about conditions, especially those diagnosed later in pregnancy, where, for example, the brain is growing outside of the baby’s head. That’s something that doctors might term as being incompatible with life—there’s no way for a baby to live after it exits the womb. In that scenario, do you think it’s wrong or inconceivable that a family or an expecting mother might feel like she has to have an abortion?

Lila: [...], she doesn’t have to have an abortion. If your baby has a life-threatening condition like hydrocephalus—if there’s water on the brain, or the brain is developing outside of the baby’s body—there have been babies that have been born that way, or surgeries that have been done that have allowed that baby to live a year or two or even longer. Often a baby like that can die during delivery or minutes after birth. But there is a tremendous difference morally, and I think personally, for the bond between parents and a child to intentionally destroy a human life, and to love that child in his or her last moments when they’re dying naturally.

As we delve deeper into the action and activity of this year, and the powerful statements our members have made by suiting up and showing up to rallies and hearings, we could not find a more appropriate piece of media to reflect our theme.
This is love in action.
Read the entire interview on the The Atlantic's web page: "A conversation with the anti-abortion activist Lila Rose."
We also suggest using the great material in this piece for creating a testimony to submit to the Joint Committee on the Judiciary in opposition to the so-called "R.O.E" Act, S.1209/H.3320. You can find committee contact information here. 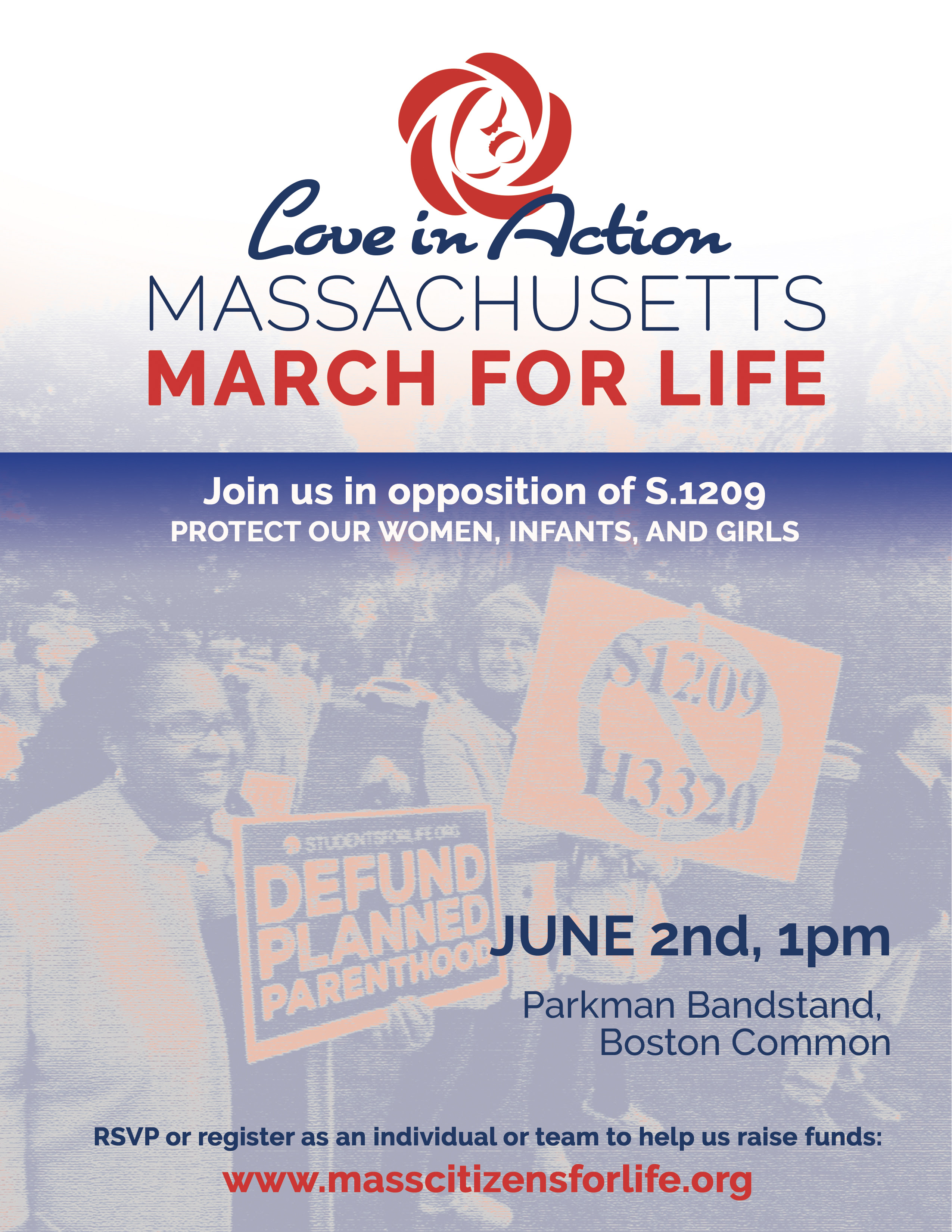