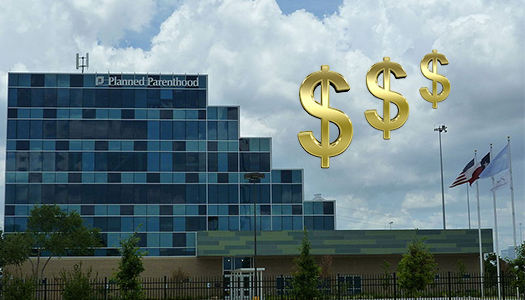 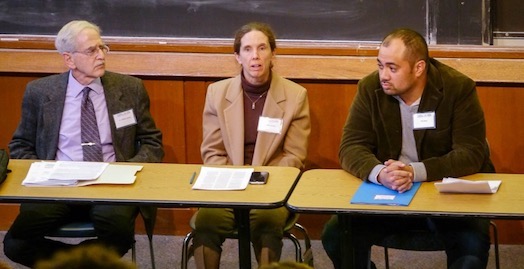 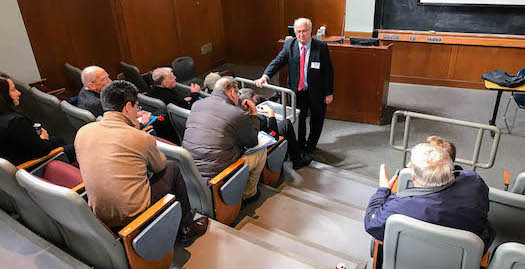 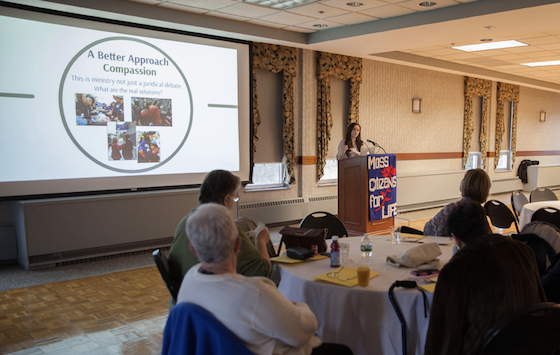 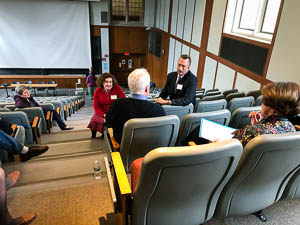 Every Spring, MCFL holds the most anticipated pro-life educational event in New England. For years, people have anticipated the Massachusetts Citizens for Life Conventions to learn about the latest developments in Life Issues and refresh our knowledge of the old problems and causes. It’s also a great chance to mentor and develop the next wave of pro-life activists who will finally push the fight to victory.

The Convention features both nationally known keynote speakers and our own local experts and friends. Massachusetts really has a wealth of people who can educate us on a variety of pro-life topics. Every other year, we also welcome the young winner of the Mildred Jefferson Oratory Contest, before we send him or her off to Washington, DC, for the national pro-life youth oratory contest.

To receive the latest news and updates concerning the dates, locations, and speakers for our annual convention, please be sure to subscribe to our mailing list.

See more on our previous conventions:

You Can Reverse the Abortion Pill 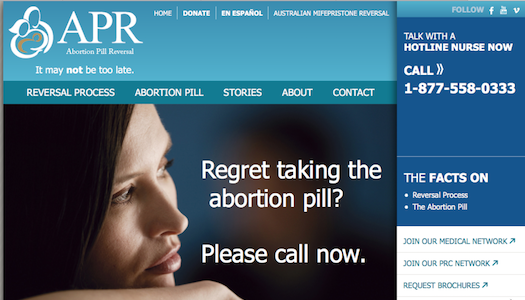 One of the more technical, but also most hopeful, presentations from our recent convention came from Dr. Mark Rollo, who enlightened the audience to the latest developments concerning abortion pill reversal. Dr. Rollo described new protocols to help women reverse RU-486 chemical abortions, a technique which uses two drugs: mifepristone (AKA RU-486) and misoprostol. In many cases, Dr. Rollo said, if massive dosages of progesterone are given after the mifepristone, but before the misoprostol, it is possible that the mother can bear the baby to term with no ill effects.

He noted that 18-25% of abortions are performed with mifepristone each year. That amounts to about 200,000 to 300,000. It is usually administered to the mother to be followed two days later by the misoprostol, giving a 48 hour window for her to change her mind. The drug combination is allowed for use up to 63 days after the first day of the last menstrual period (LMP).

Dr. Rollo also discussed how the progesterone reversal works and the success rate in actual patients, with most resulting in healthy babies. He said of the calls to the AbortionPillReversal.com national hotline number between May 2012 and February 2016, about 43% of the women go on to receive progesterone to attempt reversal and the approximate success rate has been 55% overall. Women in 45 states and 13 countries have participated in the abortion pill reversal. 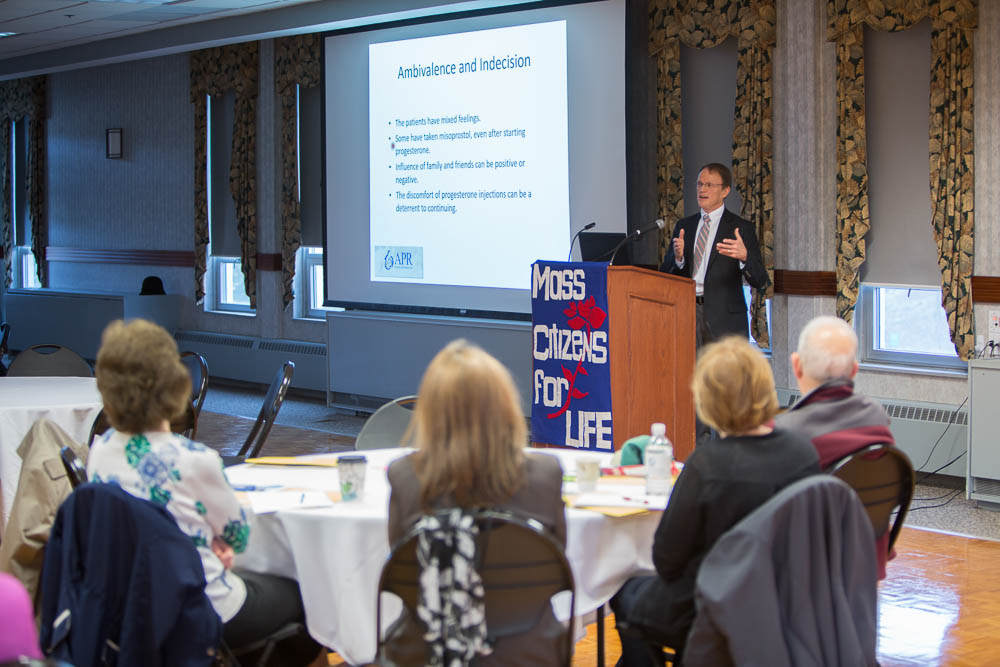 There has also been only one birth defect noted, a port wine stain skin discoloration, but it is probably not as a result of the reversal. In fact, the FDA says there is no risk of birth defects from progesterone and there is no evidence that mifepristone, if counteracted, offers a risk either.

Abortion pill reversal is not without its challenges though. With the short window of opportunity, it can be difficult to convince women to reverse the effects of the pill. Some women, despite assurances, are concerned about possible birth defects. They also face pressures from abortion clinics and lack of emotional support from friends and family. There is also a lack of the necessary progesterone in most doctors’ offices, as they do not often keep injectable progesterone on hand and it only has a shelf life of 3 to 6 months.

And because time is of the essence, all pro-lifers should be ready to direct women to the Abortion Pill Reversal hotline and web site, which are available 24/7.

The web site is www.abortionpillreversal.com and the phone number is 877-558-0333. This is a nationwide hotline with more than 300 doctors across the country participating. Dr. Rollo encouraged pro-lifers to invite pro-life medical professionals—including doctors, nurse practitioners, physicians assistants, and midwives—to join the APR network. 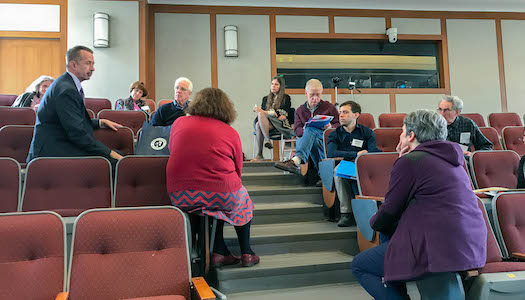 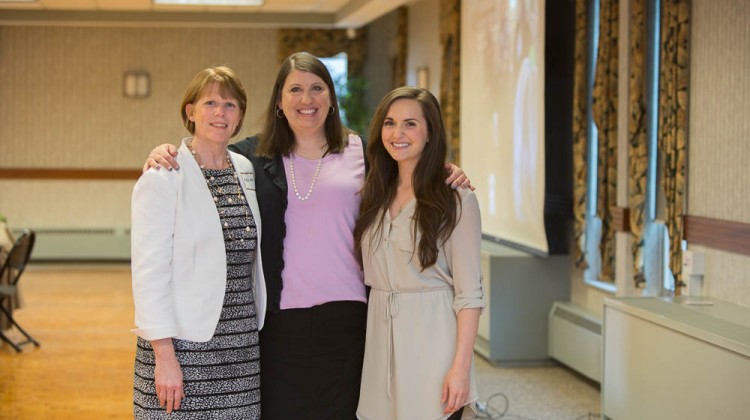 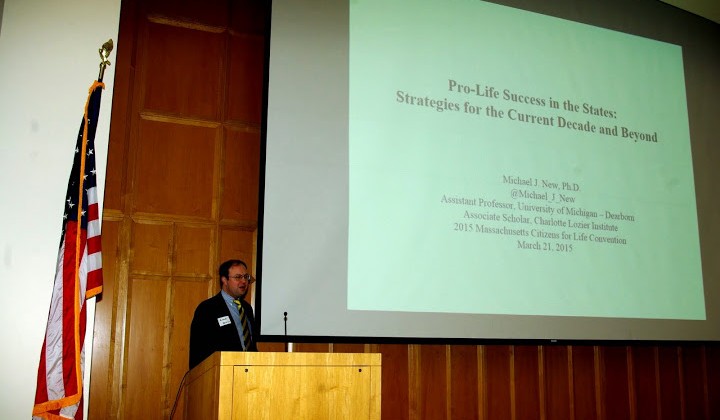