Should Nurses or Other Non-Physicians Be Allowed to Perform Abortions? 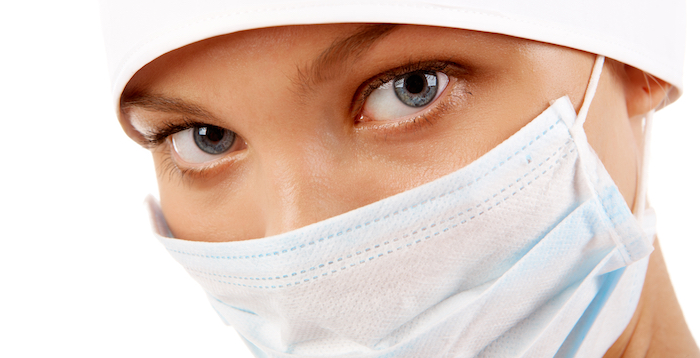 When abortion was legalized in the 1973 Roe v Wade decision, we were told that abortion should be a private decision between a woman and her doctor.

Now there is a lawsuit by Planned Parenthood and the American Civil Liberties Union to force the state of Maine to allow abortions by non-physicians such as nurses and midwives.

Why? Although Planned Parenthood and the ACLU claim that this is about the safety of first-trimester abortion and the lack of enough accessible abortion clinics as well as “threats of violence”, the truth is that it is getting harder and harder to find doctors willing to do abortions.

This new expansion of abortion is part of a larger movement to remove restrictions on abortion. According to the liberal Public Leadership Institute, already “California, Montana, New Hampshire, Oregon and Vermont allow trained and licensed APCs (advance practice clinicians like nurses and physician assistants) to perform aspiration abortions.”

The Institute even provides model legislation for states called the “Qualified Providers of Abortion Act” and cites the American College of Obstetricians and Gynecologists as recommending “expanding the pool of non-obstetrician/gynecologist abortion providers by training advanced-practice clinicians (APCs)—nurse practitioners, certified nurse-midwives and physician assistants—to perform aspiration (aka suction or vacuum) abortions.”

The source cited for the claim of safety for non-physician abortions is a new National Academies of Sciences, Engineering and Medicine report, “The Safety and Quality of Abortion Care in the United States.”

This report cites a 2013 study “Safety of Aspiration Abortion Performed by Nurse Practitioners, Certified Nurse Midwifes, and Physician Assistants Under a California Legal Waiver” that dismissed the result of twice the number of complications for the non-physicians vs physicians as not “clinically relevant”.

But finding any true statistics on complications of abortion (including death) is already virtually impossible because according to the national Centers for Disease Control (CDC) “states and areas voluntarily report data to CDC for inclusion in its annual Abortion Surveillance Report. CDC’s Division of Reproductive Health prepares surveillance reports as data become available. There is no national requirement for data submission or reporting.” (Emphasis added)

In addition, abortion clinic health inspections are often lax or ignored. As the Washington Free Beacon reported last October, according to the 2016 “Unsafe: How the Public Health Crisis in America’s Abortion Clinics Endangers Women” report from the pro-life advocacy group Americans United for Life, “between 2008 and 2016, 227 abortion clinics were cited for over 1,400 health and safety deficiencies.”

According to Arina Grossu, a bioethicist and the director of the Center for Human Dignity at the Family Research Council, “Restaurants and tanning salons and vet clinics, they’re all more closely regulated than the abortion industry.”

This, of course, does not take into account the physical, spiritual, and emotional toll of abortion on women that I have seen both personally and professionally.

In the 2016 US Supreme Court’s Whole Women’s Health v. Hellerstadt decision held that:

“Two provisions in a Texas law – requiring physicians who perform abortions to have admitting privileges at a nearby hospital and requiring abortion clinics in the state to have facilities comparable to an ambulatory surgical center – place a substantial obstacle in the path of women seeking an abortion, constitute an undue burden on abortion access, and therefore violate the Constitution.”

Abortion supporters cheered and are now emboldened to go farther in their quest for tax-payer funded abortion on demand without restrictions.

But all is not lost.

The number of abortions is declining and there are now more crisis pregnancy centers than abortion clinics and more lives are being saved. Programs like Project Rachel are helping even more women and men suffering from the tremendous psychological damage caused by abortion.

Most women are choosing life after viewing an ultrasound of their baby and more people are opposing taxpayer funding of groups like Planned Parenthood, especially after the scandal of selling aborted babies’ body parts.

But most importantly, we must keep working towards a society that once again views abortion as unthinkable.