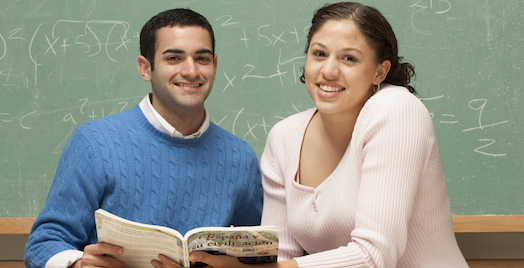 As a science teacher in the Boston Public Schools in the 1970’s, Linda Thayer had a front row seat for the cataclysm known as the sexual revolution. “In 1971, the federal government began to provide contraceptives to teenagers in neighborhood clinics,” Thayer said. “What happened over time, was that every problem that birth control was supposed to solve skyrocketed. More kids became sexually active. More kids became pregnant. Abortions went up. Sexually transmitted diseases in the community where I worked went through the roof. Only one thing went down -– and that was marriage. All the instability that goes with a lack of family formation — I saw the whole thing.”

Thayer, Vice President of Education for Massachusetts Citizens for Life, cited the “National Survey of Adolescents and Their Parents: Attitudes and Opinions about Sex and Abstinence”. The survey, published in February 2009, found that approximately 70% of parents surveyed were opposed to premarital sex for their own adolescents. The majority wanted their adolescents to hear abstinence messages from multiple sources: places of worship, doctor’s offices, schools, and community organizations.

Thayer noted that the National Institutes of Health was unable to prove the effectiveness of condoms in reducing the risk of contracting herpes, the human papilloma virus (HPV), chlamydia, syphilis, and other sexually transmitted diseases (STDs). “The Centers for Disease Control (CDC) reports that one out of five people age 14-19 has genital herpes,” she said. “After nearly three decades of advocating the ‘safe sex’ message in the public schools: 26% of teenage girls in the US have an STD, 48% of African-American teens have an STD, 50% of American men over the age of 18 carry HPV. Massachusetts has the 14th highest teen abortion rate in the country.”

Thayer attributes the failure of the safe sex message to a phenomenon known as “risk compensation,” meaning that when one uses a risk reduction technology, such as condoms, one often loses the benefit (reduction in risk) by compensating or taking greater chances than one would take without the risk reduction technology. She cited Harvard’s Edward C. Green who noted, “We have found no consistent associations between condom use and lower HIV infection rates, which, 25 years into the pandemic, we should be seeing if this intervention was working.”

The abstinence-only program was the most effective strategy and continued its effectiveness over a two-year period and did not reduce the use of condoms among those who did initiate sexual activity. “The program focused on health, not values,” Thayer said. This was not an isolated success. The Committee on Energy and Commerce of the U.S. House of Representatives analyzed the results of 21 other studies of sexual risk avoidance and consistently found that students in these programs are much more likely to delay sexual initiation, much more likely to discontinue/decrease their sexual activity, no less likely to use a condom if they initiate sexual activity.”