#SaveBabyMyles Campaign already reaching out with support to women

MCFL launched a small-scale social media campaign last week with the hashtag #SaveBabyMyles. Referencing the baby in Western Massachusetts whose mother chose life after having a video from Live Action shared with her, the campaign's goal has been to raise awareness gently and to reach women where they are with support, information, and affirmation.

The flip-side of this kind of quiet outreach is that loving one person gives one person power to love another.

That is what we saw in Baby Myles' story, and in his mom, Veronica.

But the other vitally important aspect of Veronica and Myles' story was the availability of the information.

Visual, scientific, presented clearly and honestly, Live Action's video describes what happens to babies in each trimester during an abortion.

"The video...opened my eyes to the truth," said Veronica,  "I had no idea that was what abortion really looked like. I couldn’t believe that people did that to their babies, and after seeing that I certainly wasn’t going to do that to mine. I cried after seeing that video, realizing if I had not found it that could have been my baby."

But the video, presented by former abortionist, Dr. Anthony Levatino, is neither graphic nor fear-mongering. No one needs to overemphasize what abortion is or does: The procedure that takes the baby's life speaks for itself.

This week, MCFL members have been quietly passing along social media posts, resharing content like the Live Action video with the hashtag #SaveBabyMyles and #abortionhelp.

Already, we have had phone calls. One member emailed in to say: "I didn't think a poster at the bus stop and FaceBook post would make any difference. But I had a girl message me saying she had been searching #abortionhelp desperately but found my post instead. She was in tears but just wanted to know what she could do? she was scared. So I told her MCFL's number and the Boston pregnancy resource center and listened to her for a while and messaged her I'd support her too if she didn't get help from the center. She kept her baby."

Will you join the quiet #SaveBabyMyles campaign with us? Abortion will someday be illegal, but if it's going to be unthinkable, we're going to need to continue loving, changing, and sharing the truth and support. Like Veronica told Live Action, "My son did not take away from my future — he gave me a new one. He is the light of my life." 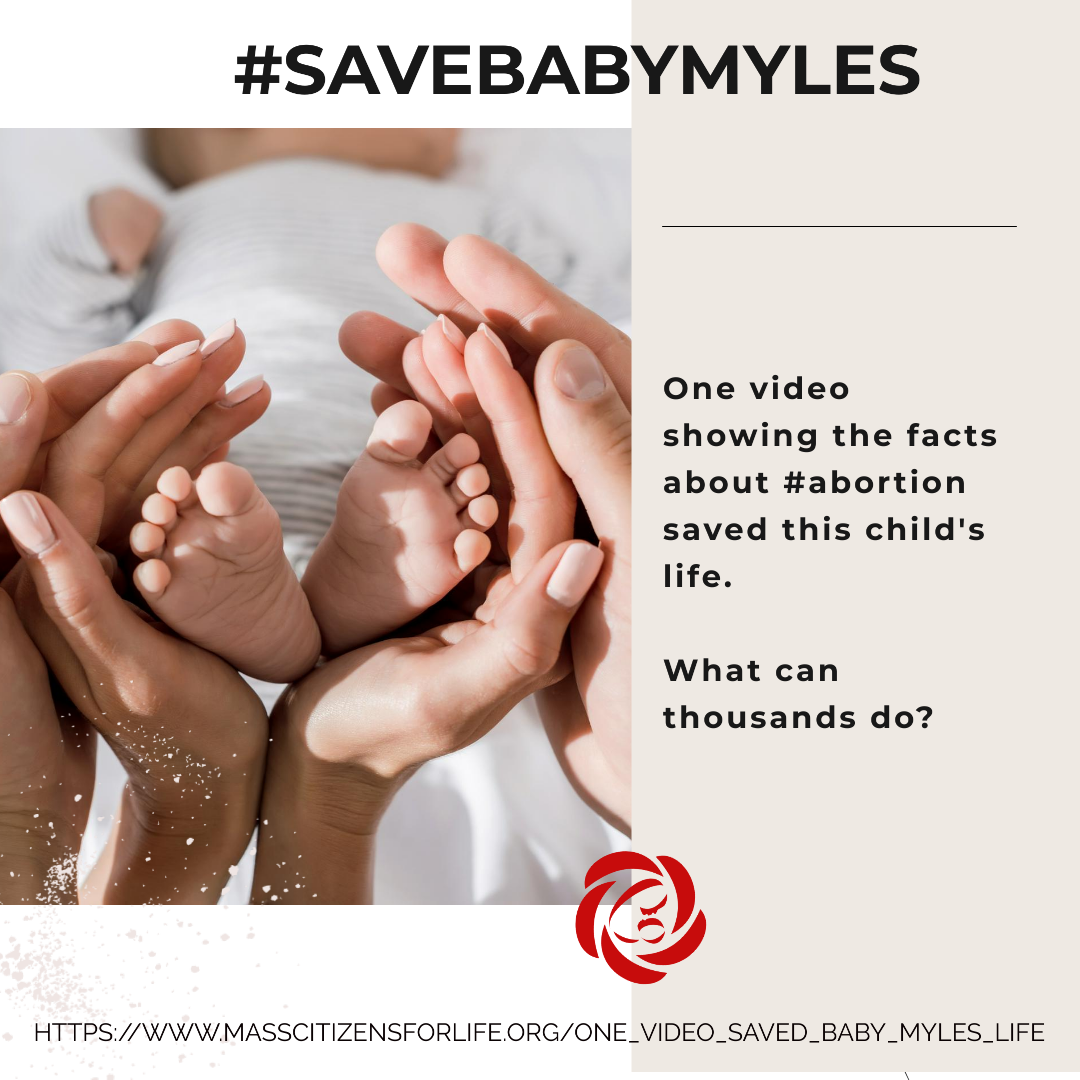