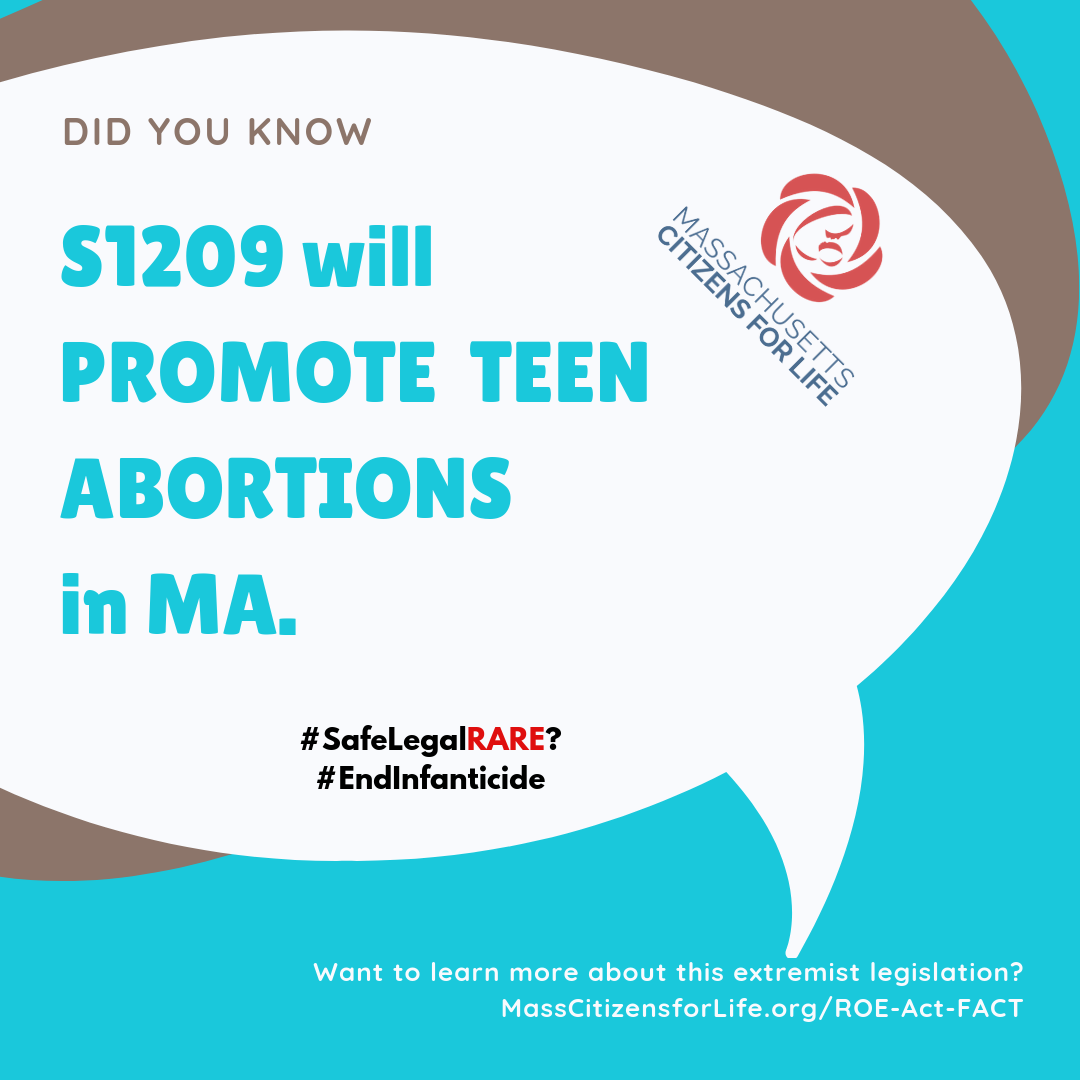 We don't endorse infanticide in this state. And the side provisions within this bill remove the few common sense protective restrictions Massachusetts still holds to protect the woman's health. These provisions fly in the face of the good-faith pro-choice stance, and your voice will make a difference in defeating this legislation.

Share these facts. Donate to allow us to bring rallies and our No to Bad Law: #ENDINFANTICIDE Campaign to the State House. Join the movement of MCFL advocates out across the state, speaking up for those with no voice.