In a vote of 107 to 46  in the House and 32 to 8 in the Senate, the Massachusetts State legislature chose to override Governor Baker’s veto of H.5179, also known as the “R.O.E.” Act. In an elitist gesture that not only ignored the governor’s commonsense rejection of special interests items in a state budget bill, but also tens of thousands of their constituents vocal opposition, the legislature has sent a clear message to Massachusetts citizens: We work for the abortion lobby, not for you or the public health.

You can download a printable PDF of the roll call voting record showing exactly how each lawmaker voted on this anti-life bill here. Or view the list below.

CONTACT THOSE LAWMAKERS WHO VOTED AGAINST THEIR CONSTITUENTS, AND AGAINST PROTECTING VULNERABLE BY OVERRIDING GOV. BAKER'S VETO.

Our members have been using a variation on the below letter to email and/or call their lawmakers since the override vote.

You can look up your state representative or senator by clicking here and inputting your address.

I cannot express strongly enough how disappointed I am in your vote to override Governor Baker's veto of H5179. As you well know, Massachusetts has some of the most liberal abortion laws in the nation. This bill, underhandedly rammed through after the original, poorly-written ROE Act received so much opposition it could not clear committee, is simply an assault on our basic standards of healthcare, especially women's health, in the Commonwealth.

It expands abortion through all 40 weeks, endangering women's lives, and making possible the killing of living, breathing babies capable of feeling pain.  In addition, this legislation has been labelled the "Infanticide Act," because it permits doctors to deny life-saving medical care to a clearly living newborn infants born alive during an abortion. This is known as "passive infanticide." (Supporters of this legislation have been arguing that it requires life-saving equipment to be present at the place of the abortion. Although this is true, that is already required under current law. What is new, is that this legislation REMOVED the requirement for the doctor to USE the life-saving equipment to "take all reasonable steps... to preserve the life and health of the aborted child.")

At a time when we are taking extreme and unprecedented measures to preserve the lives of our fellow Bay Staters, what lead you to vote to radically increase the number of unborn children put to death in our Commonwealth through abortion?  Sustaining the veto, and the lives of our most vulnerable, would have been easy. Know that I, [name], will not be voting to sustain your tenure in our legislature next election. 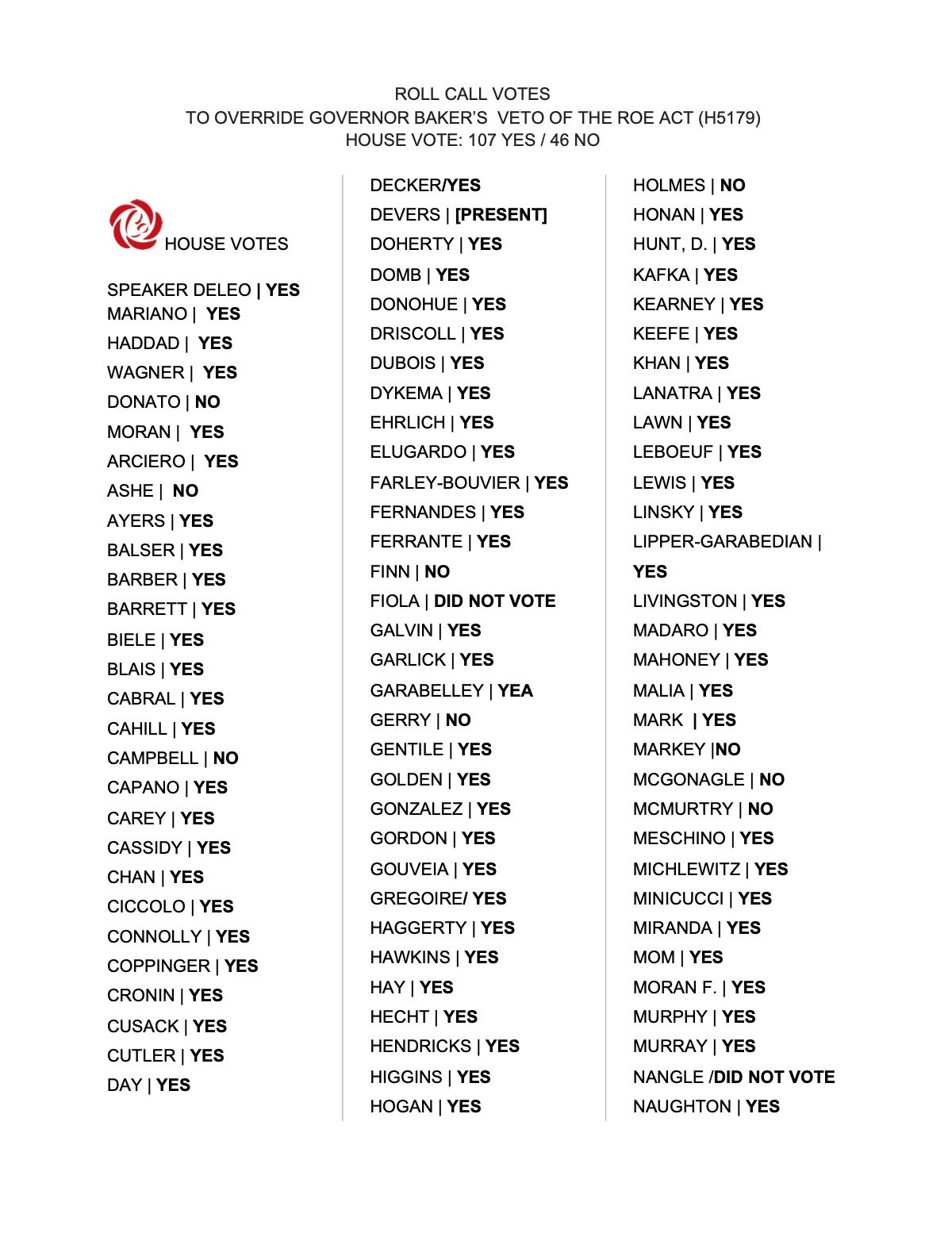 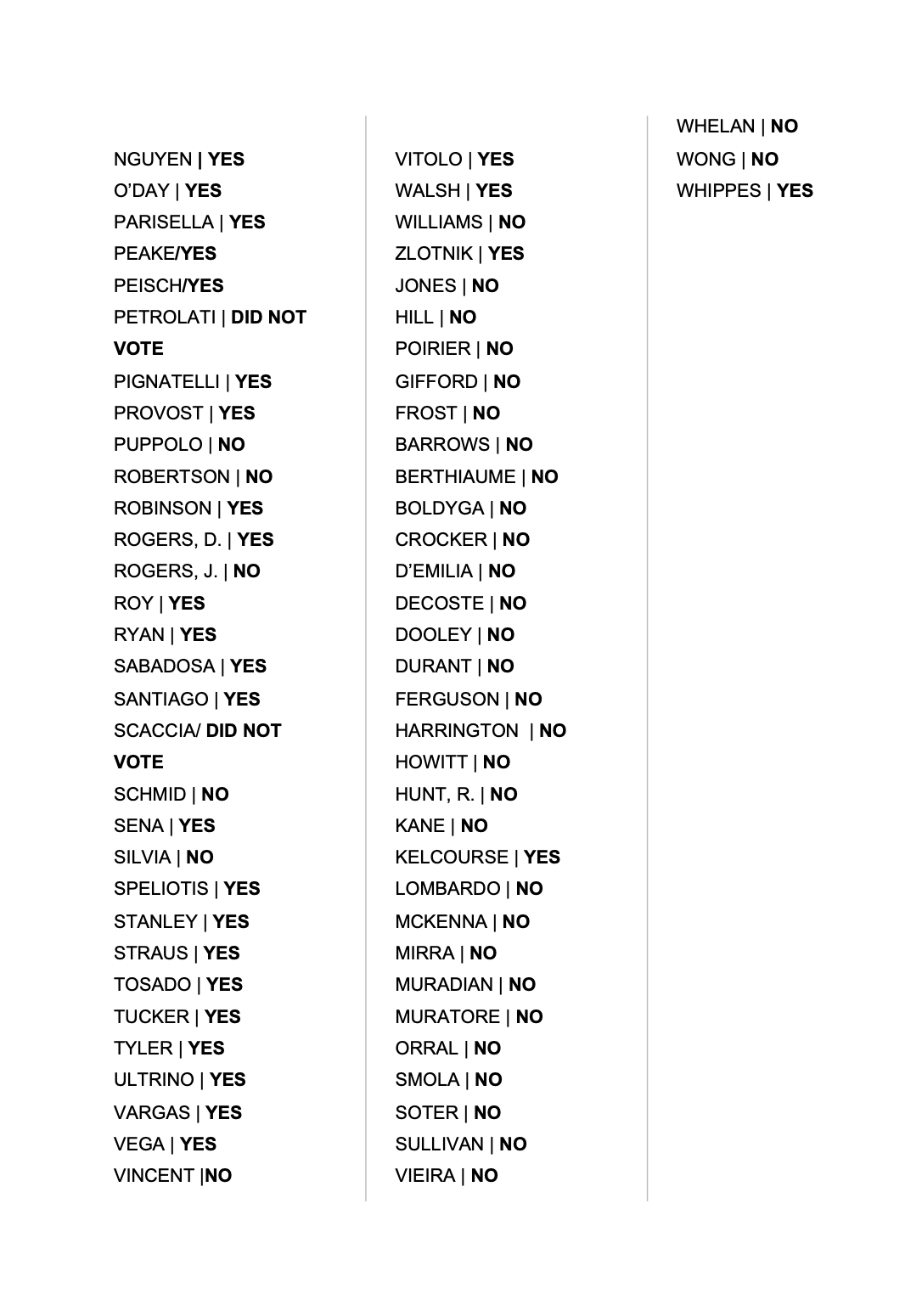 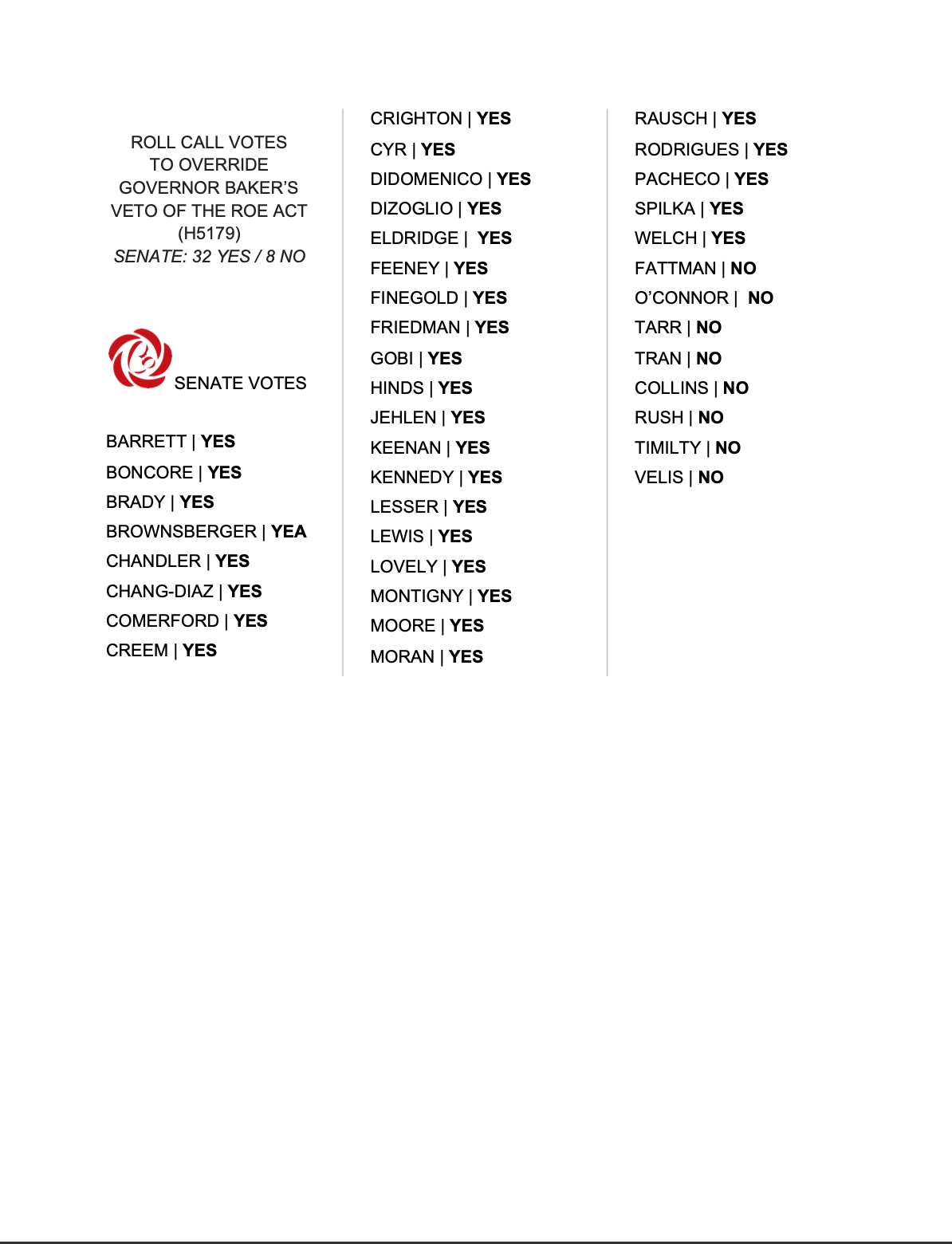