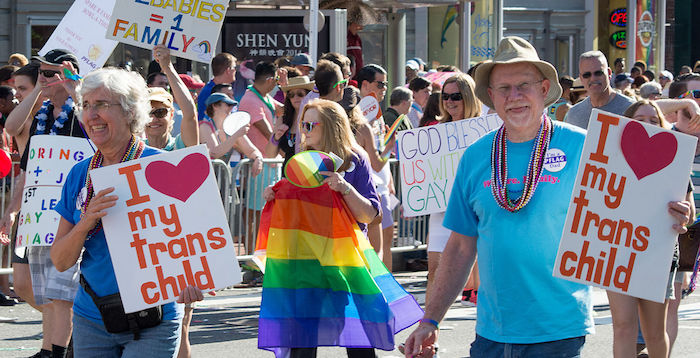 When I first read the article “Planned Parenthood’s New Low: Teaching Transgender Ideology to 4-Year-Olds”, I was skeptical.

Although I have long had no illusions about Planned Parenthood since the 1973 Roe v. Wade US Supreme Court decision legalizing abortion, its promotion  of “comprehensive sex education” in schools, its fight against the partial-birth abortion ban and the most recent scandal of selling body parts of aborted babies for “research”, I was surprised by this new development.

I went to the Planned Parenthood website to see for myself.

There I found not only the online advice for teaching children as young as preschoolers about transgender issues but also a list of Planned Parenthood facilities across the nation that offer medical services including hormone treatment to people with transgender issues.

But why would Planned Parenthood take on this controversial issue now?

Could money be at least part of the reason?

Not only are some states moving to defund Planned Parenthood of taxpayer money  along withefforts to defund it federally of the now over half a billion  taxpayer dollars annually, but also abortion clinics are shutting down in many states. For example, just in California, three Planned Parenthood abortion facilities closed in June.

And not surprisingly, the most recent scandal about selling body parts of aborted babies has been devastating to Planned Parenthood’s self-proclaimed image as an altruistic dispenser of women’s health services and possibly its’ fundraising efforts.

Another reason for taking on this new issue of transgender identity, which is controversial even among medical experts, could be that Planned Parenthood portrays itself as an expert on issues of sexuality. And if you regularly read the news, many activists and most mainstream media now seem almost obsessed with the politics surrounding transgender issues.

However, when I was a teenager in the 1960s,  I remember being told that Planned Parenthood was just about contraception and that it said abortion ended the life of a baby before it was born and could impair a woman’s future fertility.

I was an experienced RN by the time the US Supreme Court legalized abortion in the 1973 Roe v. Wade decision and I discovered about Planned Parenthood’s involvement in abortion years before that decision.

Later, I personally found out that the “comprehensive sex education” that Planned Parenthood promotes was in my children’s public schools and I wrote about this in a 2001 article titled “What About Sex Ed?”. I also joined other concerned parents in objecting to the often biased and inaccurate information our children were receiving. The schools tried to reassure us that our concerns would be addressed in the near future.

But it wasn’t long before we realized that this was a delaying tactic to last until our children graduated. In my case, it was over a decade before my youngest finally graduated but I made sure to teach them myself about the medical, moral and emotional issues surrounding sexuality and health.

Now, this very same school district my now adult children attended is proposing to change its’ curriculum to teach even the very young grade school students  “about topics like gender roles and gender re-assignment” despite many parents publicly and strongly objecting.

The Planned Parenthood Federation of America now takes in almost $1.3 billion in total revenue with $528 million in government taxpayer funding and is listed in the top 50 of the largest U.S. charities .

But is Planned Parenthood really a charity needing massive government taxpayer funding or rather more of an enormous business enterprise with strong political ties and an expansive, society-changing agenda that should stand on its own without government funding?

We need the answer to that question as soon as possible.