By Dr. Mark Rollo, Board of Directors, MCFL

Giving doctors the right to kill is dangerous.

Take Kate Cheney for instance.  She was an eighty five year old Oregonian with terminal cancer.  Her daughter, Erika, brought Kate to her physician to ask about assisted suicide.  However, Kate had mild dementia and her physician refused to prescribe suicide pills because he felt she lacked the capacity to understand the process. 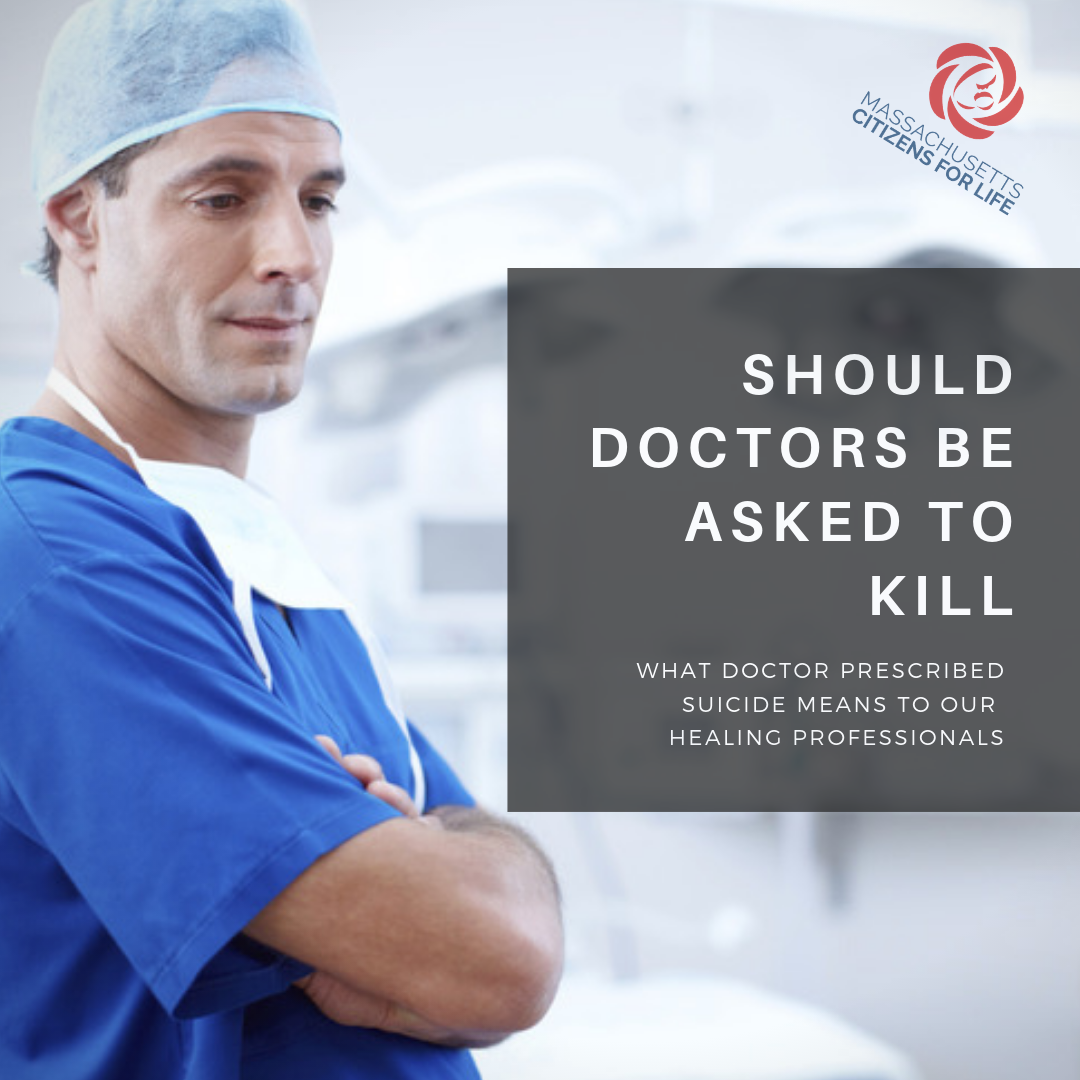 Erika then engaged in "doctor shopping."  She took her mother to see a psychiatrist who rejected the request for assisted suicide on the same grounds as the former doctor, saying that Kate lacked the ability to weigh options about assisted suicide. The psychiatrist noted that Erika seemed coercive.

Undeterred, Erika continued to shop and took her mother to an “ethicist” at the HMO who determined that Kate was cognitively able to request suicide pills. Thus, poison was prescribed despite the obvious conflict of interest.  You see, Kate would no longer be an expense for the HMO if she were dead. After initial reluctance, Kate consumed the suicide cocktail. She had just spent a week in a nursing home, alone.

Kate is one of many people in Oregon who have been steered toward suicide.  This has been documented in the New England Journal of Medicine where patients doctor-shopped for suicide until they got what they wanted . . . . or what their family wanted for them.

It is estimated that about 10% of the elderly in Massachusetts are subject to abuse.  Doctor prescribed suicide is the perfect recipe for carrying out that abuse while simultaneously saving money for the health insurance carrier and providing the lure of a quick inheritance to family members.

All patients have the right to refuse care and take advantage of palliative care or hospice.  Doctor prescribed suicide is different. This act corrupts medicine by making the doctor, who should be committed to healing, complicit in killing.

Who would be the first Kate Cheney of Massachusetts to die at the hands of a “healer?”

Bills that are before the Massachusetts joint committee on public health, S.1208 and H. 1926; “An act relative to end of life options,” would fuel elder abuse in Massachusetts and must be defeated.