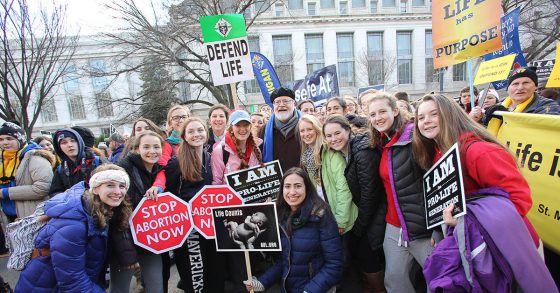 The March for Life in Washington, DC, every January to mark the anniversary of Roe v. Wade is the largest pro-life witness in the country and has gathered tens of thousands of pro-lifers on the National Mall and before the US Supreme Court every year since 1974. And Massachusetts Citizens for Life has been represented at every one. 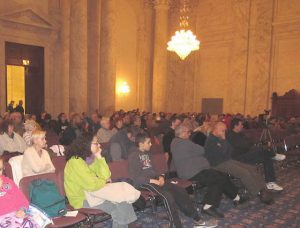 Hundreds, if not thousands, of pro-lifers travel from Massachusetts to DC every January to be part of the March, many of them traveling on bus trips organized by our local chapters around the Commonwealth. Not only does it send a message to the nation and our leaders that the pro-life cause is alive and well, the March energizes the participants to come back and renew their efforts here in Massachusetts.

Each year on the morning of the March, before it begins on the Mall, MCFL holds its Pre-March Caucus, usually in the Russell Senate Office Building or the Cannon House Office Building. You can hear from inspiring nationally recognized speakers addressing the latest developments in the pro-life cause, especially from a national legislative or judicial viewpoint. After, there’s often an opportunity for you to lobby your Members of Congress in person.

To ensure you get the latest news and information about the March for Life and the Caucus before they happen, please be sure to sign up for our informative emails.

Read about and see photos and videos from our previous Caucuses: