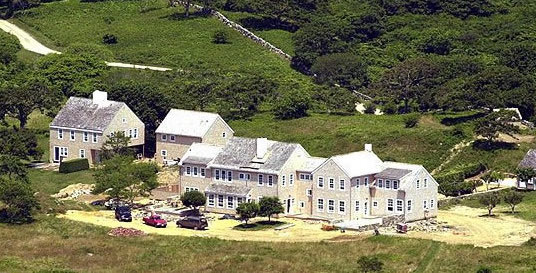 I just saw an article about the wedding last weekend of one of President Kennedy's granddaughters at Red Gate Farm, a 377-acre estate on Martha's Vineyard that is completely inaccessible to the press. The newspaper claimed that the Farm is worth in the "mid-nine figures,” which seems astonishing but would be somewhere near $500 million. Being pro-life, when I hear $500 million, I immediately think of Planned Parenthood, which gets that much of our tax dollars every year.

So here we have one of the pricier estates in the country, which is worth a huge amount and which was purchased by Jackie Kennedy in 1978, yet every year Planned Parenthood gets that much of our money. Kind of puts it in perspective.