MLK Speaks to Our Time, "But If Not" 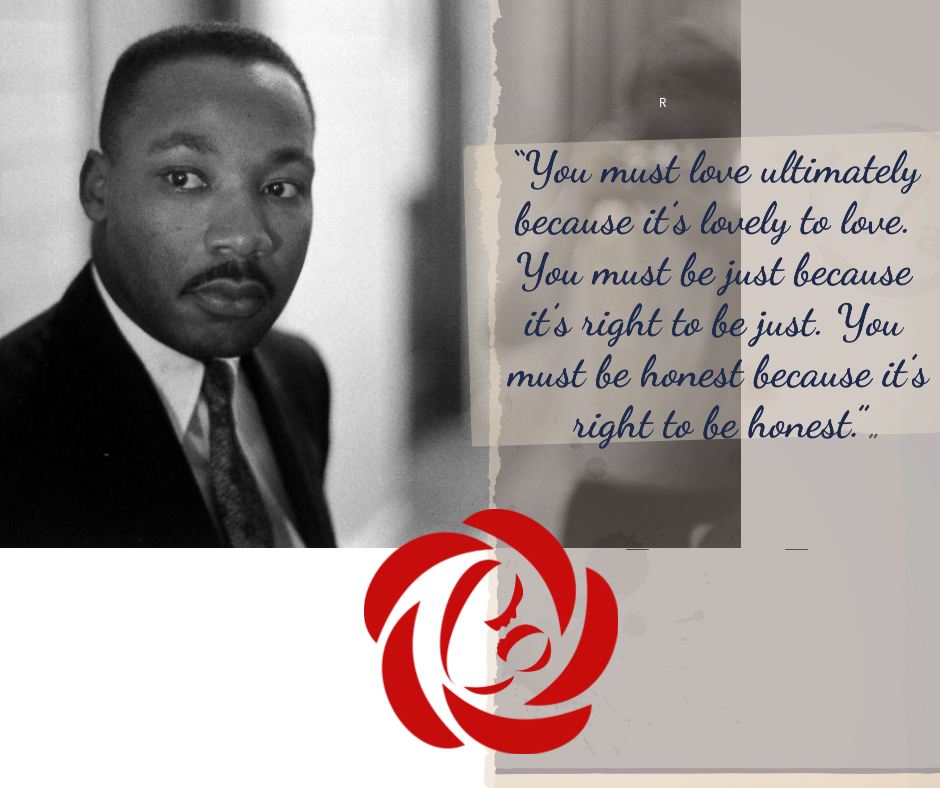 Yet, time and again, they have come into question, not because they themselves have changed, but because human selfishness intervenes. Slavery was an effort aimed towards economic success, completely ignoring the dignity of Black people in exchange for desired personal advancement. Women were denied rights so that present leaders could retain their status. In the moment, we wish to serve ourselves, and often lose sight of what is right. This is where injustice shatters peace. Our American culture has ingrained values that attempt to protect rights, but our nation has certainly failed to carry those values out in different situations. We see it in the treatment of the pre-born, the elderly, the marginalized, the sick, and racial minorities, especially the Black community. The United States is wounded because of these injustices, sinking into a dark despair that would claim humans cannot rise above their sinful tendencies.

In the past few weeks, Dr. Martin Luther King, Jr. has been looked to not only  as a model of justice and respect, but of hope. People have sought out his words and shared them with others in an attempt to advocate for better conditions. This made me look to a sermon from 1967, entitled “But If Not”. In this sermon, Dr. King relates the biblical story of Shadrach, Meshach, and Abednego. These three stood against the tyranny of the Babylonian ruler, refusing to worship an idol and thus violate their religious rights. They were thrown into a fiery furnace, but even then, they refused to deny their God. Miraculously, they were saved, and this event prompted the king to reverse the unjust law.

Dr. King masterfully uses the story of these three Hebrew men to demonstrate that injustice has always accompanied humanity. There have always been times of unjust persecution, when the rights of individuals were sacrificed on the altar of self-gratification. The utilization of people as a means to advance one’s own interests is a deplorable condition that humanity has struggled with for centuries, and continues to wrestle with as years pass. As a result of these corruptive actions giving way to each other, the issue of creating justice in an unjust world seems almost insurmountable to many.

However, the constancy of injustice has always been accompanied by the constancy of those who fought against it and for their fellow human beings, for a restoration of equity and peace. Those of us who suffer because of our age, because of our race or ethnicity, because of our physical or psychological abilities, or any other circumstances, are not alone. Those of us who fight to secure the rights of those cast off by society and culture are not alone. Behind us are thousands of years’ worth of individuals who stood up for the truth, even if it meant risking their lives.

As so many issues pertaining to life reach a boiling point - prominent among them racially-motivated discrimination and violence - we must work more persistently than ever to ensure that individuals are respected and treated with love. That love begins with us, in the way we interact with those around us. It begins with how we treat others online. It begins with how we respond to chaos - seeing it as an opportunity to care. It begins with refusing to transform deep wounds into political bullets. If there’s a time for standing up for those who are most vulnerable and marginalized in society, it is now. Raise your voices with Dr. King, with the Hebrews, with all those before us who stood for the truth. Let us work peacefully now for an end to discrimination and violence, to ensure that all people, who have been created equal, can live in the joy of that equality without fear.