Last week, the United States honored and remembered Dr. Martin Luther King, Jr., a brilliant and influential man who dedicated his life to restoring freedom and justice. He was instrumental in shifting the tide for the civil rights movement through the speeches and letters he wrote, as well as the demonstrations he helped lead. His work aided in the national efforts to end discrimination against African Americans, including the historic Civil Rights Act of 1964. 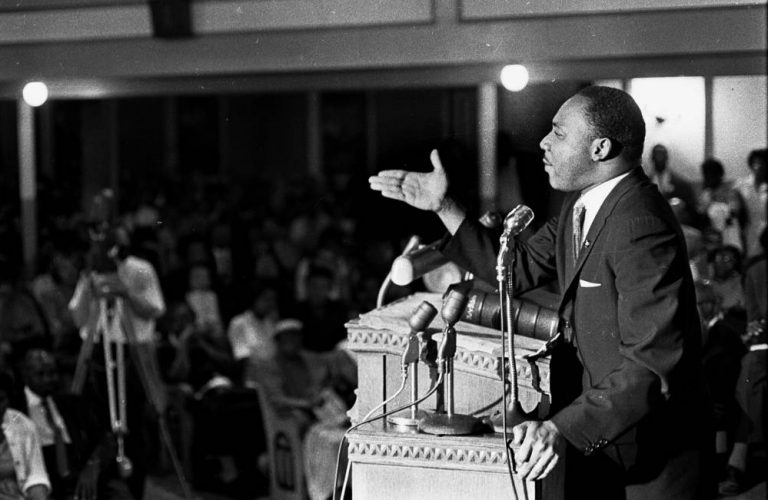 It is fitting that the inaugural post of this column would coincide so closely to the day that is nationally dedicated to Dr. King. In reflecting on his work, surely we could discern some lessons that will be beneficial to our movement in the days and years to come.

This column will be dedicated to abortion and culture, and the ways in which they intersect. As a movement, we often express our total rejection of American culture, and what is produced from it. More than ever, the pro-choice movement has utilized culture and its byproducts to normalize abortion. They want to convince those who are conflicted about the issue that abortion is healthy, beneficial, and in many cases necessary for women. They posit that it is right to dehumanize the most vulnerable among us in the name of equality. Their work is certainly contributing to the transformation of our culture into a culture of death. Our repulsion in response to this is certainly reasonable.

At the same time our criticism of the conditions which we currently face blind us to the opportunities we have to change them. Dr. King certainly decried the culture surrounding the treatment of African Americans. He was disgusted with the constant maltreatment, discrimination, and violent acts conducted against them, and spoke out fervently against it.

But his work did not end with disgruntlement. He knew that, as important as it was to condemn such violent and discriminatory acts, it was not enough in itself to change conditions for the better. He sought to change hearts.

Dr. King wrote letters, delivered speeches and sermons, and led demonstrations. He appealed to individuals to recognize the dignity inherent in their brothers and sisters. He once proclaimed, “A genuine leader is not a searcher for consensus, but a molder of consensus”. He knew that it was not enough to recognize one’s disgust with the way in which things are. Instead, it is necessary to use what does exist to shape people’s understanding, in the hopes of changing their view of the issue.

The course that we have often taken as a movement has reflected the search for consensus mentioned in the quote. Since we cannot find values in our culture with which we agree, we disown it entirely. However, we cannot expect progress if we refuse the opportunity to create it.

Rather than casting off the culture and that which comes from it, we can engage with culture to inject it with a life-affirming message. We can create a myriad of content - from films to dances to social media posts - to reflect the inherent value of life and the rights deserving of all humans. The tools to shift the culture are so often at our fingertips. The ability to create a culture of life remains in our hands, but it will only be successful if we incorporate it into our efforts.

As this new column begins in reflection of these themes, my hope is that we can realize these cultural opportunities. Through doing so, we, united as a movement, can help America recognize the dignity of life in all humans, from conception until natural death, and promote the kind of change that Dr. King envisioned.