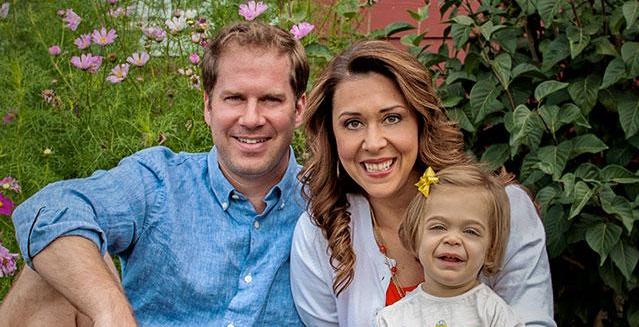 Yesterday (as this is written), we learned that Baby Charlie Gard is expected to die soon as his heartbroken parents have decided to remove his life support because a US doctor had told them it was now too late to give Charlie nucleoside therapy. According to a BBC article, “US neurologist Dr Michio Hirano had said he was no longer willing to offer the baby experimental therapy after he saw the results of a new MRI scan last week.” Baby Charlie’s parents are now asking the court to allow them to take Charlie home to die.

We have learned much from Baby Charlie’s tragedy, not only about the perils of government deciding who should live and who should die, but also about the love and commitment of his dedicated parents and the importance of the worldwide support they received.

Now we know there is more hope for babies born with conditions like Baby Charlie’s because of the publicity and probably more parents will try to find alternatives when they are given a poor or fatal prognosis.

Here are two cases where the parents did just that and saved their children.

In 2013, she and her husband found out that their unborn baby Abigail had Potter’s Syndrome, a fatal condition where the kidneys are missing. She and her husband were told that no one ever survived this condition and abortion was offered more than once.

They looked for other options and found there was an experimental treatment given before birth for other conditions that might work on their Abigail. The parents contacted many different hospitals before Johns Hopkins finally agreed to try.

Today, Abigail is a healthy four year old and has a kidney donated by her father a year ago. She is the first known person to survive Potter’s Syndrome, thanks to her dedicated parents.

Noah Wall, Born With Less Than 2% of His Brain

Also known as the “boy with no brain”, four-year-old Noah Wall was born in the UK with a rare complication of spina bifida that caused fluid to compress his brain down to an estimated less than 2% brain tissue.

The condition was discovered before birth and the parents were told that even if he survived birth, he would be severely mentally and physically disabled. Abortion was offed 5 times.

But Noah did survive birth and an immediate surgery was done for his spina bifida and a shunt was installed to drain excess fluid from his brain.

Thanks to the efforts of his devoted parents and sister to keep his brain stimulated, Noah has confounded the doctors by the regrowth of his brain. When a CT scan of his brain was done years later, doctors found that Noah now has 80% of his brain tissue. Even more amazing to the doctors, Noah has developed into a charming, expressive and empathetic little boy who now attends a local primary school, despite still having  some physical and mental impairments.

This year, a documentary about Noah was made. I saw it myself a few weeks ago on TV and I highly recommend seeing it.

And as the UK’s Daily Mirror newspaper article wrote:

‘He teaches the medical profession that you can’t ever know’.”

Over the years, medical progress has made great strides while medical and legal ethics have deteriorated because of a “quality of life” mentality.

This has led to medically discriminatory attitudes affecting people with disabilities as I personally found out when my daughter Karen was born with Down Syndrome and a severe heart condition.

All children with disabilities deserve both a welcome and a commitment to help them have the best life possible from not only their parents but also from the rest of us.