A fountain in the neighbor’s yard babbles to itself, and the night air

Lifts the sound indoors. It was another time, he says, picking up again.

We were pioneers. Will you fight to stay alive here, riding the earth

Toward God-knows-where? I think of Atlantis buried under ice, gone

One day from sight, the shore from which it rose now glacial and stark.

Our eyes adjust to the dark.

His children affirmed it: he loved the stars, and his mind sought the universe.

Another pro-life giant has passed. MCFL’s first president, Roy Scarpato, died, fittingly, on January 22nd, and he was laid to rest a week ago. He was one of our pillars. Roy’s devotion to the pro-life cause was essential in organizing the movement in the Commonwealth. 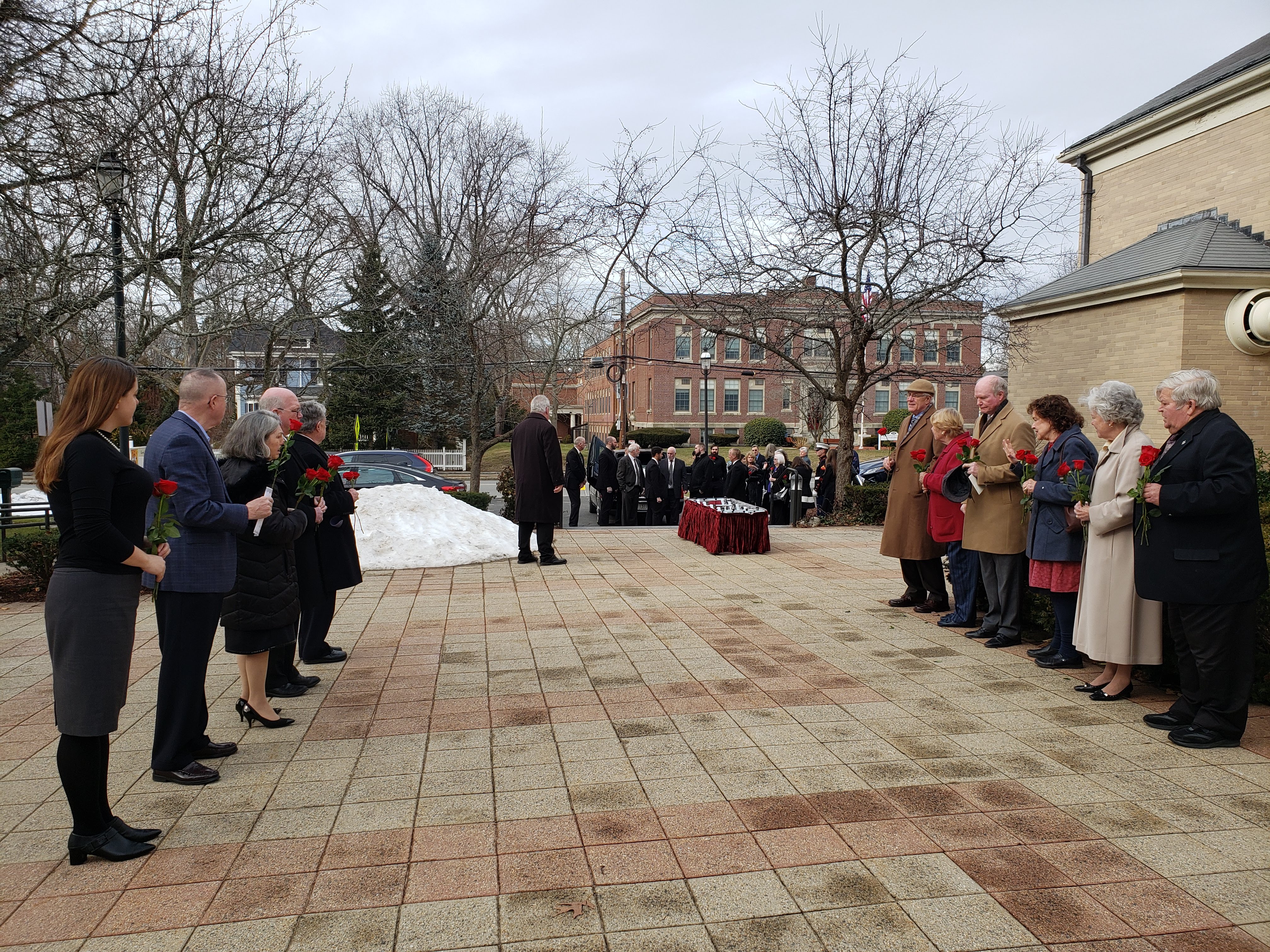 Within four days of the January 22nd, 1973, pronouncement of Roe and Doe, nine citizens of the Commonwealth set their names down to incorporate Massachusetts Citizens for Life. Roy was one of those nine. The only one of those heroes still with us, Phil Moran, described Roy as the “voice of reason.” And indeed his incisive and capacious intellect fructified the movement for decades.

It was Roy’s idea to form one of our most important allied organizations, the Pro-Life Legal Defense Fund. MCFL and PLLDF, along with the Catholic Church and a pro-life General Court (our legislature, led by Democrats), saw into law the current provisions of the Massachusetts General Laws governing abortion.

This first generation of pro-lifers sought to regulate the performance of abortion as closely as possible given the Supreme Court decisions, acknowledging that an “unborn child” is at stake, requiring parental consent when a minor girl is involved, requiring that late-term abortions be performed in hospitals (which is in fact still the standard of care: all late-term abortions involve induction and delivery, making their performance outside hospital settings irresponsible with regard to the health of the mother), requiring that a child who survives an abortion be cared for and that life-saving equipment be on hand, etc.

[This legacy of Roy and the other giants would be wiped away by the “ROE" Act, a bill name that is either cynical or massively uninformed, given that the laws it would erase are precisely laws that are congruent with Roe v. Wade.]

The monthly Friday night MCFL Board meetings were held for years in the family room of Roy and Anne Scarpato’s Wayland home. MCFL grew up along with the Scarpato children.

Also describing Roy as “the voice of reason,” the great Tom Harvey recalls later Board meetings: “Roy was a leader and his opinion was always respected. And he was also very resilient. He could take some shots, but he would always be back at the next meeting and expressing his opinion.” This willingness to engage vigorously and thoughtfully in deliberative assembly is an essential disposition for a citizen of a democratic republic. He was an exemplar.

Mike Wiseman, one of our longest-serving Directors and Clerk of the Corporation, testifies of Roy: “In him was a combination of high intelligence and fierce moral passion. He was a man of absolute rectitude who dedicated much of his life to the protection of ‘the least of our brethren.’ To oppose him in debate could be daunting due to the power of his intellect and force of his personality. Roy was as moral a man as I've ever met. A total gentleman. The world was graced with his presence. I'm sure he now has a high place in Heaven, where they won't let him slip out for a smoke as we did! God rest his soul!”

Roy was a predecessor in the roles we currently undertake, and we are eager to honor his memory, drawing from it increased energy to fulfill our commission in the supreme cause of life. Roy was a pioneer. We follow the trail he helped blaze, so that his heroic age will have an enduring after-life—under those watching stars.

Donate to the movement for life