Boston Mayor Marty Walsh joined mayors from across Massachusetts, October 1st, at the Massachusetts State House, to declare support of legislation removing basic standards of medical care for women and newly born infants. SB 1209/HB 3320, the "ROE Act," abolishes parental consent, eliminates every meaningful constraint on any abortion up until birth (while simultaneously making such abortions even more unsafe by canceling the current requirement that abortions after the first trimester be performed in hospitals), and removes the current requirement that life-supporting medical equipment be on-hand during late-term abortions—in case a child survives the abortion attempt.

If any one of these officials is your mayor, call them today to express your deep disappointment in their judgment. 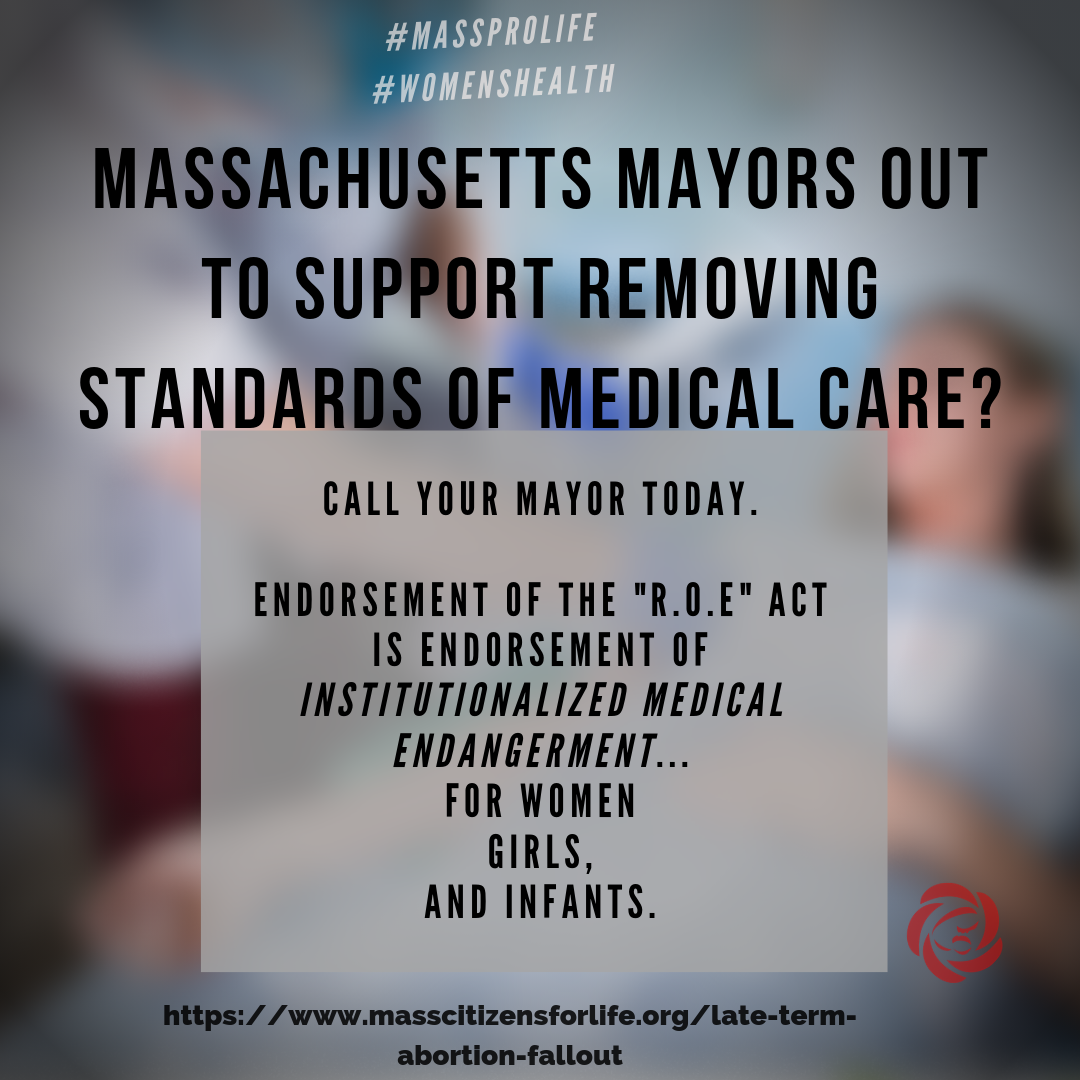