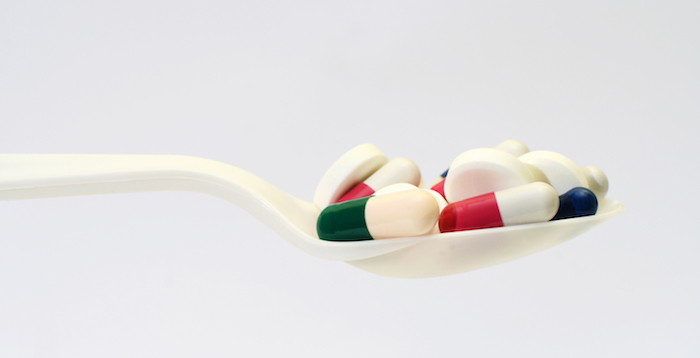 As so-called “safeguards” for doctor-prescribed suicide are now starting to be eliminated (See my recent blog “Legal Safeguards, Burdensome Obstacles and Conscience Rights”), the predicted advance directive (aka “living will”)— already biased against tube feedings—is now on track to include even spoon-feedings.

In an article in Today’s Geriatric Medicine, entitled “Judicious Feeding Options at the End of Life”, writer Mike Bassett writes that “In some states, patients can sign directives that allow refusal of feeding when the end of life approaches” and relates the 2013 case of an 82-year-old Alzheimer’s patient whose family filed a lawsuit against a British Columbia nursing home to force the home to stop spoon-feeding her. The lawsuit failed in court but now End of Life Washington, a pro-assisted suicide group, has devised a document called “My Instructions for Oral Feeding and Drinking”. The document is similar to an advance directive, but addresses the signer’s wishes about when to stop oral food and drink in “late-stage” dementia.

Although such a document can be signed, witnessed, and notarized, it is not a binding legal document. But this sets the stage for a legal challenge like the British Columbia case, but with assisted suicide groups hoping for a different judgment.

The article also interviewed the vice president of constituent services for the Alzheimer’s Association who said that when to stop even oral feeding “should be an important consideration for anyone issuing end-of-life instructions.”

Stephen Drake of the disability advocacy group “Not Dead Yet” made strong points about the dangers of this scheme both in the article and his blog “‘End of Life Washington’ Promotes Directive to Prevent Feeding Assistance to Those with Dementia”.

I am not surprised by this new development and here is an excerpt from my September 5, 2016 blog “Ethics and Alzheimer’s-Part Two”:

In 1988 during the Nancy Cruzan case involving a young, non-terminally ill woman in a so-called “persistent vegetative state” whose parents wanted her feeding tube withdrawn so she would die, I was asked if I was going to feed my mother who had Alzheimer’s disease. At the time, my mother had no problems with eating but I knew the real question was about a possible feeding tube later on.

Ironically, I had just written an op-ed on the Cruzan case titled “Feeding is not Extraordinary Care” and I pointed out that if the withdrawal of food and water from people with severe brain injuries was accepted, the pool of potential victims would expand.

I was thinking about people like my mother and, sadly, I was right.

In 1993, just 3 years after Nancy Cruzan died a long 12 days after her feeding tube was removed, a letter in the Journal of the American Medical Association by Dr. Ezekiel Emanuel, one of the future architects of Obamacare, acknowledged that the actual proof purported to show that the Cruzan case met Missouri law requiring “clear and convincing evidence” that Ms. Cruzan would not want to live in a so-called “vegetative” state rested only on “fairly vague and insubstantial comments to other people”.

However, he noted that:

When I was asked about whether I would feed my mother with Alzheimer’s, I gave the same answer I gave when my baby daughter Karen with Down Syndrome and a heart defect was critically ill in 1983: Their anticipated deaths must be from their conditions, not from deliberate starvation and dehydration.

In the end, neither one needed a feeding tube. My daughter’s kidneys and other organs shut down and, since food or water would cause worse fluid overload, Karen was not given extra fluid and her heart gave out a short time later. In my mother’s case, she eventually needed to be spoon-fed until she quietly died in her sleep.

As a former hospice and ICU nurse, these scenarios are very familiar to me. Multiple organ failure sometimes occurs with critical illness and dying patients often gradually lose their appetites as they approach death. In those cases, we would give what little these people want or need until death. But for people not dying or near death, we made sure that they had at least basic  medical care and the life essentials of food, clothing and shelter. This is-or used to be-simple common sense.

Alzheimer’s As A Fate Worse Than Death

The easiest way to get people to accept death by starvation/dehydration is to get them to choose it for themselves even before they have a problem.

Thus, media stories of people and their families suffering tremendously because of Alzheimer’s are very persuasive. People fear becoming an economic and emotional burden on their families. Not surprisingly, many people then willingly check off feeding tubes and other medical treatments in their advance directives.

Position papers like that from the American Geriatrics Society and the Alzheimer’s Association can also paint a dark picture:

The Association asserts that research evidence support no medical benefit from feeding tubes in advance dementia and that feeding tubes may actually cause harm in the advanced state of Alzheimer’s. Additionally, it is ethically permissible to withhold nutrition and hydration artificially administer by  vein or gastric tube when the individual with Alzheimer’s or dementia is in the end stages of the disease and is no longer able to receive food and water by mouth.

The presumption is that such a death is peaceful and painless when a person is assumed to be unaware in a “vegetative” or late Alzheimer’s state. However, Bobby Schindler has written an account of the reality  of a prolonged starvation/dehydration death on his sister Terri Schiavo that was hidden from the public.

Several years ago, I cared for a man with early stage Alzheimer’s who had a serious pneumonia needing a ventilator for a couple of days. Afterwards, Joe (not his real name) was alert and cooperative but the ventilator tube unexpectedly affected his ability to swallow and speak easily. His family asked about a feeding tube and special swallow therapists to try to retrain his throat muscles so that he could eat and drink safely. That is how an even older friend of mine in the same situation but without Alzheimer’s was successfully treated recently.

However in Joe’s case, a neurologist was first called to evaluate Joe’s mental status. I was there as the doctor asked him questions like “How many fingers am I holding up?” The man answered the questions correctly but the neurologist immediately wrote for nothing by mouth including crucial blood pressure medications. He also then recommended no feeding tube to the family. No swallow therapy was ordered. Joe was never asked about this.

This is the tragic reality when we judge some lives as not worth living.