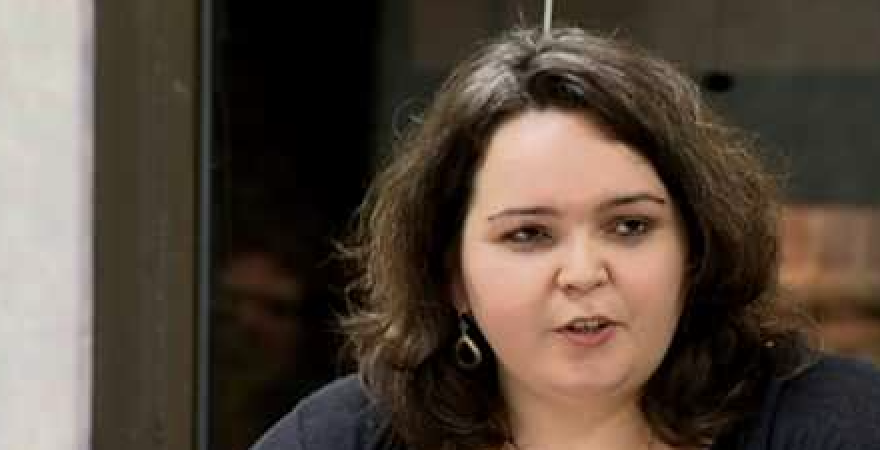 By Myrna Flynn - We will not ask you to enjoy this collection. But we will ask you to learn from it, to share it, to be inspired by it.

It’s a fair ask. And a pertinent one. The collection to which Jack Fowler, a National Review Institute Trustee, refers is a set of 31 National Review articles and editorials compiled within a first-of-its-kind “pro-life reader” titled Standing Athwart a Culture of Death. Curated by Kathryn Jean Lopez, senior fellow at the Institute and National Review editor-at-large, the writings span the four decades since seven men handed Roe & Doe to the nation, thus legalizing abortion at any time and for any reason during a pregnancy.

Though consistently and ardently pro-life since junior high, due mostly to simple ethics and elementary biology, in spite of being a practicing Catholic, I’d never taken the time to review the particulars of the legal, political and cultural rationales that are the foundations of the pro-life movement. Ever thought about what are, essentially, the “best practices” of advocating this conviction? Me neither, until I read a 1996 “statement of principle” penned by dozens of pro-life scholars and nonprofit leaders, which the magazine published. Every one of the 26 principles still applies today. This is where the overarching value in the book lies: though seemingly dated, notably on the current media landscape where what one read last night is archaic this morning, Lopez presents timeless pieces, each seemingly more significant than the last, for anyone who cares not just about abortion, but about American society.

The oldest selection is a June 1973 editorial which provided an overview of the Human Life Amendment to the Constitution, sponsored by Senator James Buckley and six of his Senate colleagues, who spanned a “geographically, ideologically and religiously diverse group.”

The most recent piece, published in November 2017, pays homage to Representative Henry Hyde. A decade after his death, Chuck Donovan reminds the reader that, “At least 600,000 of our fellow Americans under the age of ten are alive today because of the famous amendment that bears his name, the one that treats abortion for what it is – the antithesis of medicine, a violation of the fundamental right of the most vulnerable human beings in our midst.”

Human beings? In a uterus?

Between the two end points on the book’s timeline, again thanks to Lopez’ effective editing, writers concretely and smartly address every argument in the abortion debate, including the human life issue in what may be the book’s most powerful piece.

In her 2016 article, “When Abortion Suddenly Stopped Making Sense,” Frederica Mathewes-Green recalls her memory of the Roe decision. “I was a college student – an anti-war, mother-earth, feminist, hippie college student.” With a “legalize abortion” bumper sticker, Mathewes-Green notes, “We knew nothing of fetal development . . . It would be another 15 years or so before pregnant couples could show off sonograms of their babies, shocking us with the obvious humanity of the unborn.”

In 1976, she read an Esquire magazine article called “What I Saw at the Abortion” that described in graphic detail the reporter’s observations during an abortion of a 19-week-old fetus; I choose to withhold those details here. Mathewes-Green changed her mind in that moment. “Once I realized the inherent violence of abortion, none of the feminist arguments made sense,” she said.

“Nobody wants to have an abortion," Mathewes-Green writes. "And if nobody wants to have an abortion, why are women doing it 2,800 times a day? If women are doing something 2,800 times daily that they don’t want to do, this is not liberation we’ve won. We are colluding in a strange new form of oppression.” She later notes that, from the moment of conception, three essential characteristics of human life exist: a living entity with human cells, growth and unique DNA.

Indeed, the recurring message throughout the book is, as conveyed in a 1989 column by Richard John Neuhaus, “the abortion debate is not really over the question of when human life begins” but rather what moral and legal obligations -- and exceptions -- should be considered when our society concerns itself with something that is biologically human.

Neuhaus writes, “With respect to the unborn, the question is: What is this? Maybe the question is: Who is this? Most people readily recognize that the 'what' is human life that, barring natural misfortune or deliberate attack, will become the ‘who’ of a person possessing rights. Certainly the question is not ‘when.’ Time lines that allow life to be attacked at one point but not at a later point cannot help appearing to be arbitrary, because in fact they are arbitrary.”

Beyond the question of humanity, the book's topics include the challenges of adoption and related systemic/policy failures; political flip-flopping/conversions; states making inroads at the grassroots level; issues resulting from egg donation; neonatal hospice; the role of fathers in supporting (or not supporting) women who face unplanned pregnancies; the eugenic origins of Planned Parenthood; and how pro-life advocates should work to roll back Roe.

This book showcases the intelligence and eloquence one would expect in a National Review publication and, in a relatively compact 140 pages, includes an impressive amount of data, wisdom, common sense and deeply thought-provoking content, even for . . . especially for, a life-long pro-lifer. In response to Fowler's initial statement, it is not an enjoyable read. Yet I found it an invaluable use of my time and attention.

Chuck Donovan, in his tribute to Henry Hyde, writes, "Most of those who have been involved in leading [pro-life] advocacy roles know it as an inescapable but thankless task." After reading this book, I gratefully commend National Review Institute on a job well-done. My bet is you will, too.

Order your copy of Standing Athwart a Culture of Death.