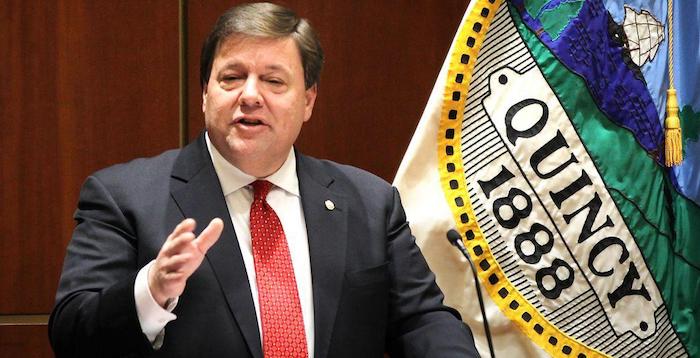 Quincy is lucky to have Mayor Thomas Koch! The long-serving mayor has publicly announced that he is leaving the Democrat Party. He said it was the announcement by Democratic National Committee chairman Tom Perez last spring that pro-lifers had no place in the Democratic Party that was the last straw.

Mayor Koch said the whole party had moved too far left, but especially on abortion. He added that his Catholic faith is a kay aspect of his pro-life views and a prime motivator for the switch. “I’m certainly a believer in life starts at conception,” he told the Quincy Patriot Ledger.

It is very impressive to have a politician put his pro-life commitment above party membership - and not easy for a former Democrat in this state.  Congratulations to Mayor Koch - and thank you!