Join the Alliance to Stop Taxpayer-funded Abortions in Massachusetts 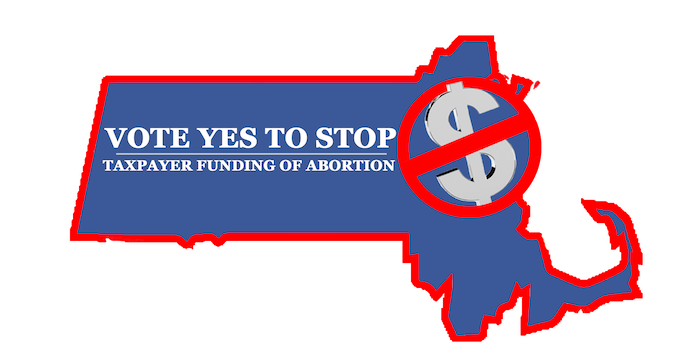 The Massachusetts Alliance to Stop Taxpayer Funded Abortions is conducting a signature campaign to take the initial step to stop publicly funded abortions in Massachusetts. 64,750 signatures on an initiative petition must be gathered and submitted between the dates of Sept. 20 and Nov. 22. Hundreds of dedicated pro-life volunteers have stepped forward to help gather signatures. But more volunteers are needed!

The wording of the petition is: Nothing in this Constitution requires the public funding of abortion. Of significance, this amendment would not immediately ban taxpayer funded abortions, but would remove it from the courts and make it an issue for the state legislature. e amendment would lay the groundwork so that in the future the legislature could vote to stop that funding. It now essentially does not have that power.

Attorney Tom Harvey, chairman of the Massachusetts Alliance to Stop Taxpayer Funded Abortions, stated: “Nationwide polls show that an overwhelming majority of Americans are opposed to having their tax dollars pay for abortions. So it is on that issue where the abortion industry is most vulnerable - and that is where we want to concentrate our efforts.” He added, “We have to start dismantling the legal protections for abortion providers that have been built up over the years in Massachusetts. Besides protecting their money-making, those barriers have also served to stifle debate on the abortion issue.”

One of the original signers of the petition, Representative Jim Lyons, said, “Taxpayers of Massachusetts should no longer be asked to pay for abortions. Planned Parenthood and other abortion businesses receive millions in private donations that they spend on political purposes. They don’t need our tax dollars.”

“There are a great many Mass. residents who view abortion as morally wrong,” petition supporter Lori Kelly of South Boston stated. “Even their fellow citizens who disagree understand we shouldn’t be forced to pay for a procedure that ends a life.”

Anyone interested in assisting in this pro-life campaign should go to the Alliance’s website at www.stoptaxpayerabortion.org or call Attorney Harvey at 617-710-3616.