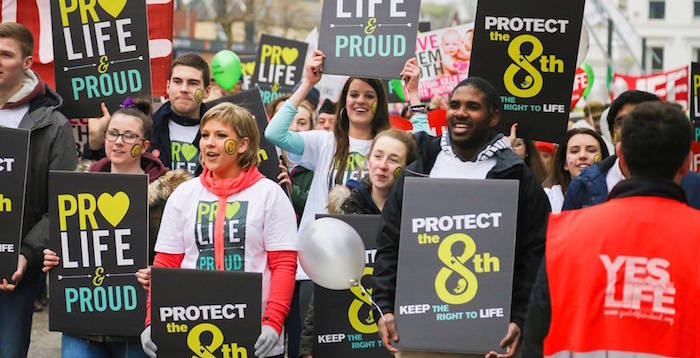 Before I get to Ireland, I want to tell you that the Mass. Legislature’s Health Care Committee did not vote on the Doctor-Prescribed Suicide bills last week - thanks to your hundreds of calls! Unfortunately they have a fall-back date early in May. I'll keep you updated. Again, many thanks!

The Irish government has approved legalizing abortion. This will go to a referendum on May 25, 2018:

It would remove Amendment 8, which protects babies, from the Constitution and add: "Provision may be made in law for regulation of termination of a pregnancy."

Amendment 8 was passed in 1983. At that time, the pro-lifers in Ireland had no materials and little organization. MCFL put together informational packets which weighed 1/2 oz. and we went to every Irish Fair in Massachusetts during the year before. We told people we would give them any number of packets free as long as they promised to mail them to people they know in Ireland. We gave out several hundred.

Now the Irish pro-lifers do have organization, materials, and the internet. What they do not have is George Soros, who is funding this anti-life amendment. We have learned that the side which spends the most almost always wins a referendum. The thought of unlimited abortion in Ireland is gross.

We can do something. If you, or anyone you know, has contacts in Ireland, please let them know that abortion kills a baby, damages a woman, and corrupts society, that abortion will not be "safe, legal, and rare", that they are in battle with evil.

Also, check out this scary poll.