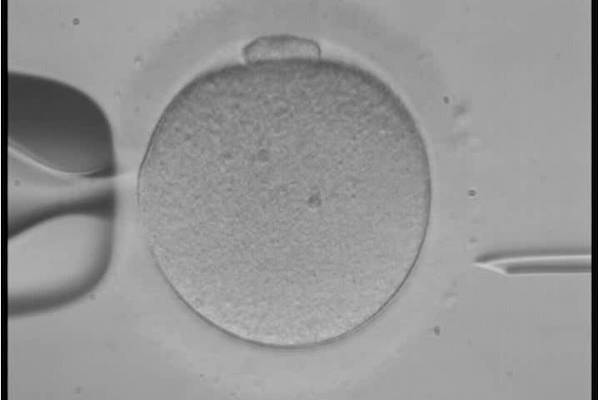 In Vitro Fertilization (IVF) is an important topic for pro-lifers but not one, unfortunately, that many people know much about. We’ve prepared this short FAQ to help pro-lifers get the information they need on this critical subject.

What is In Vitro Fertilization (IVF)?

In Vitro (from the Latin for “in glass”) Fertilization is a medical practice often considered to be a treatment for infertility. In this treatment an egg is fertilized outside of the body and the newly fertilized embryo (in most cases several embryos) is implanted in the mother’s womb. This procedure is not the same as artificial insemination which involved sperm being technologically transferred to a woman’s body.

For several reasons, including the common practice of implanting multiple fertilized embryos at a time, the process results in many lives lost every year—children who are brought to life through artificial means merely to die. Thousands more children are frozen unused after the conclusion of treatment–entering a limbo of many years time only to be discarded or used for experimentation.

What is the Pro-life position regarding In Vitro Fertilization?

From a pro-life viewpoint, IVF is not permissible given a proper respect for human life. The process is far too wasteful of human life, resulting in thousands of embryos which are destroyed, either by chance in the womb or on purpose when they are no longer needed for the treatment.

The process also encourages a mentality which views people as things to be bought or sold as wanted which is inconsistent with a proper pro-life view. No pro-lifer should ever view another human being as merely instrumental to the satisfaction of another’s desires.

What about children conceived through In Vitro Fertilization?

Children conceived through IVF are human beings deserving of the same rights and protections as anyone else.

How much does IVF cost?

The costs of an IVF course of “treatment” vary depending on a several factors including length and type of treatment. Costs commonly range anywhere between $7,000 and $30,000.

How successful is IVF?

These statistics do not fully demonstrate how many embryos lose their lives to the wasteful and destructive IVF process. Thousands of unborn children die every year after being placed in wombs that, for whatever reason, are not equipped to hold them.

Why does IVF, developed in the 1970s, represent and unhealthy paradigm shift in the treatment of infertility?

Before the advent of IVF infertility was treated as the symptom of a condition rather than a condition itself. Treatment tended to focus on treating the underlying condition.

Since IVF became well known research into the conditions causing infertility has, until recently, essentially stopped. Many fertility doctors have instead opted for the shortcut method. Rather than attempting to cure the causes of infertility, they resort to IVF to apparently eliminate the practical effect of one symptom.

How is IVF connected to so-called “selective reduction” abortions?

Because IVF procedures commonly resort to the expedient of multiple implantations of new embryos the “treatment” often results in multiple pregnancies at the same time. In recent years women in this situation have increasingly been encouraged to engage in so-called “selective reductions,” a form of targeted abortion which kills some children and leaves others alive.

This pick-and-choose attitude seems to largely result form the mentality which develops from the commoditization of the human being implicit in IVF. Where women who had naturally developed twins and triplets would often consider it an unexpected boon or, at worst, simply a quirk of chance to be passively accepted, a woman with a pregnancy achieved through artificial means will typically be more open to being convinced that she shouldn’t accept “more than she bargained for.”

What happens to unwanted embryos not used during the IVF process?

Embryos created but not used during a course of IVF treatment are often frozen for potential later use. These unborn children are often destroyed after many years of stasis when their parents, having long since achieved their perfect family, decide to have them discarded. In other cases, fertilized human embryos have been used for medical and scientific experimentation.

The link between IVF and an Increase in Ovarian Cancer.

According to a major study conducted in the UK, women who have had an IVF treatment are 37% more likely to develop ovarian cancer. You can read the article by clicking here.

Are there alternatives to IVF?

There are alternative treatments to infertility available. NaProTechnology and the Creighton method, among others, offer married couples a real chance to correct the underlying medical causes of childlessness and improve their overall health as well as prospects for starting a family.

Here are some more resources on these  exciting medical technologies: