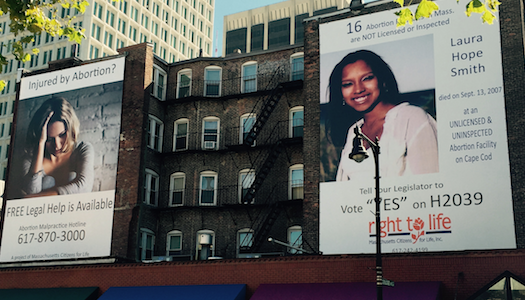 The caller simply wanted to tell someone that she had been injured by abortion. She was thirty eight and soft-spoken. “When I was 17,” she said, “I went to a judge to get an abortion, and I never told my parents. I still feel bad about that.” Twenty-one years later, she is still suffering. 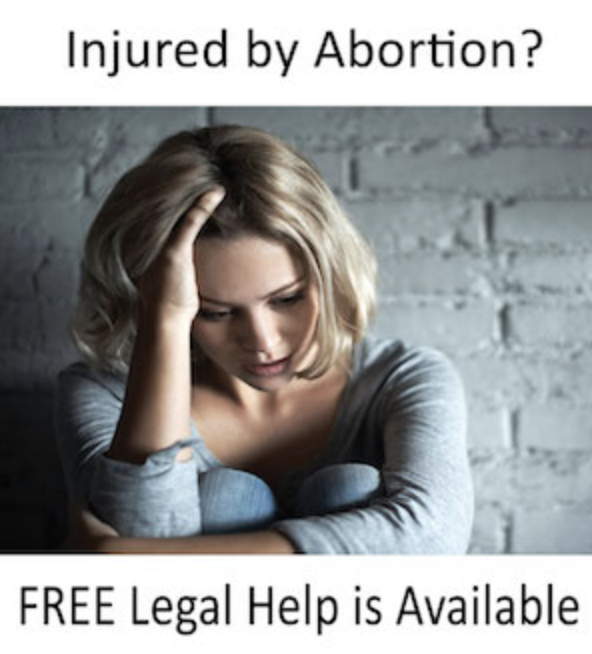 Hers was the first call to the Abortion Malpractice Hotline, coming just 24 hours after the billboard in Boston had been installed to announce MCFL’s project to provide free legal help for those who have been injured by abortion. Unfortunately, the caller’s regret, though genuine, was not an “injury” for which free legal assistance was available.

This is because the injury to which the billboard refers must be physical injury due to medical malpractice and/or the negligence of a physician during the course of the abortion. When the care given by a medical worker in performing or advising about a medical procedure falls below an acceptable standard and causes a patient to sustain a physical and/or serious emotional injury, the practitioner is liable to pay damages. Medical malpractice can and does occur in the performance of abortions.

Sadly, few women who have been the victims of abortion malpractice pursue legal action. Some may not realize that they have the right to seek compensation for personal injury due to medical negligence. Some may believe they are not deserving”of compensation or they blame themselves if they are harmed. Others may simply not know where to turn for help. This was the case with another recent caller to the Hotline. In broken english, she explained that she had had an abortion several years ago and thought her later miscarriage had been caused by damage that occurred during the abortion. She had not pursued a legal claim at the time of the injury because she “just didn’t know who to talk to”. Unfortunately, her time to file such a claim had run out years earlier, forever barring an action for damages.

We would like to raise awareness of the resources available to women harmed by negligent doctors in often unregulated abortion facilities. You are not alone, and if you were harmed in the course of an abortion procedure in Massachusetts, you deserve proper care and legal support.