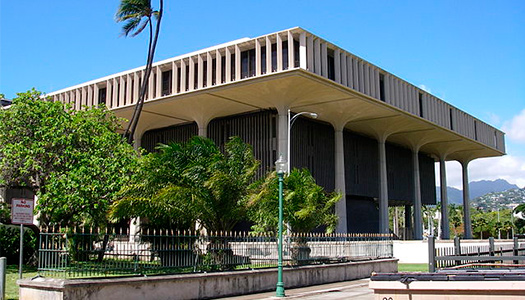 After sending written testimony to the Hawaiian health committee considering a doctor-prescribed suicide law, I received the following email from a nurse:

“Hallelujah! The measure is deferred and will not become law in this session…. The testimony opposed (to assisted suicide) was very passionate. It really became clear that although Hawaii tends to be a very liberal, democratic state, the people are much more life-oriented than folks in Washington, Oregon, and the Netherlands. To hear a Native Hawaiian kamaka alii testify her opposition in the Hawaiian language was beautiful. I learned of even more reasons to oppose assisted suicide, and the legislators now have a long list of the flaws in this measure. The testimony changed the hearts of some committee members that were in support of the concept, but now seem to appreciate the risks.”

Compassion and Choices as well as a lot of other people really thought this bill would make it out of committee but facts and passionate efforts seem to have made the difference!

In additional good news, a doctor-prescribed suicide bill in New Mexico also failed in the state Senate by a vote of 22-20.

Of course, this will not stop the well-funded Compassion and Choices organization that will continue to reintroduce such legislation—often even yearly—in states that have rejected such laws in the past. Assisted suicide activists hope that their relentless public campaigns and the routinely positive mainstream media coverage of assisted suicide will sway more and more people to support assisted suicide.

With such support, Compassion and Choices can then even bypass state legislators and courts that usually study such bills more closely and just get assisted suicide passed by state voter referendums.

This happened in Colorado where assisted suicide bills were defeated in the legislature for 20 years until the strategy was changed to a state voter referendum placed on the ballot in 2016 that then passed.

Is your state at risk of legalizing assisted suicide this year? Death with Dignity has amap of all US states and their status on assisted suicide as of March 28, 2017– although it does not include the failures in New Mexico and Hawaii yet. (Editor’s note: An “End of Life Options” bill has been filed in the current session of the Mass. legislature.)

In the end, ongoing public education about the facts,  the very real “slippery slope” and the dangers to society and our health care system from legalized assisted suicide can not only defeat the pro-death movement but also spur a renewed commitment to the life and well-being of every person, especially those who are seriously ill or who have disabilities.

That is a goal worth fighting for!