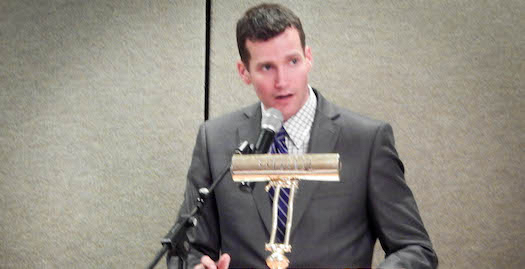 Legalizing assisted suicide would destroy essential protections and care that patients like me depend on as we continue to fight life-threatening illnesses.

Three years ago, I was diagnosed with an aggressive form of brain cancer called glioblastoma multiforme. I had been living the American dream: happily married, our son had just turned 1, and I had a job that I loved. But all of that changed when I had an unexpected seizure and my doctors discovered the deadly disease. The neurosurgeon told me operating to remove the cancer wouldn’t be possible and I was given a mere four months to live.

For a time, I experienced despair, and if assisted suicide had been an option in my state, I may have taken it. Thankfully, after gaining some perspective and working through my diagnosis with my family and others I love, I was lucky enough to pursue cutting edge, experimental treatment which has been successful thus far. Today we’re enjoying every moment of our life together and were thrilled to welcome our second son into the world last month.

Many people diagnosed with a terminal illness or suffering from a disability fall into clinical depression and become fearful for the future. These people may lose hope and become willing to prematurely end their own lives by assisted suicide. A study conducted in Oregon showed that about 26 percent of the patients who requested assisted suicide had major depressive disorder, but only 4 percent of those individuals were ever referred for psychological evaluation.

Instead of incentivizing the development of new cures and treatments, working to make life more comfortable, and creating support structures for those with life-threatening illnesses, legalizing assisted suicide incentivizes the least expensive option — death.

I can speak firsthand to the dangers inherent to making assisted suicide legal in Massachusetts, and that is why I have come forward to share my story and dedicated the last two years of my life to fighting assisted suicide legislation across the country. I am convinced that if suicide becomes the social norm it will result in a death-too-soon for many terminally ill patients and other vulnerable people.

J.J. Hanson is president of Patients Rights Action Fund and was the keynote speaker at MCFL’s 2016 Mother’s Day Dinner.