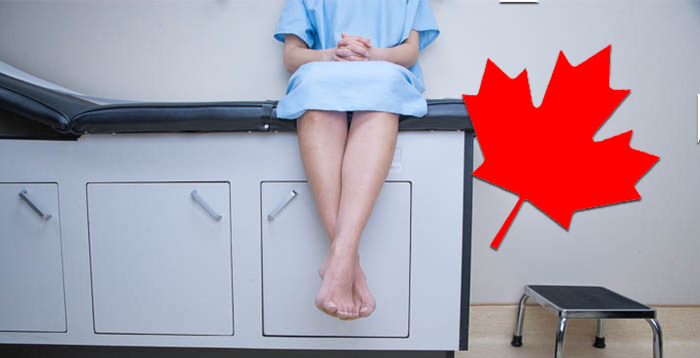 It has only been two years since Canada's Supreme Court decriminalized doctor-prescribed suicide (DPS) and euthanasia, but Canadian courts and legislatures are already entertaining proposals to expand the eligibility criteria to vulnerable populations that include children, persons with Alzheimer's disease, and those unable to give voluntary consent. Some doctors are even refusing to treat survivors of failed suicide attempts.

After the passage of Bill C-14 in 2015, legislators were given two years in which to decide how the practice should be regulated. Currently, an adult with a “serious and incurable illness, disease or disability,” experiencing intolerable “physical or psychological suffering,” may request DPS or euthanasia if their natural death is “reasonably foreseeable.” Alex Schadenberg, executive director of the Euthanasia Prevention Coalition, said that Health Canada’s report on assisted dying says that there were 1,982 reported deaths in the first year after legalization.

If the United States, with a population roughly nine times that of Canada, euthanized its vulnerable citizens at the same rate, almost 18,000 Americans would be dead.

Schadenberg enumerated the extensive list of problems associated with assisted death. For one, the self-reporting system, where the doctor who gives the lethal injection is the same doctor who reports the death, enables the possibility of underreporting and abuse of the law. Also, disabled persons report pressure from doctors to choose assisted suicide even when they haven't asked. A recent Québec euthanasia report said that 14% of the assisted deaths did not comply with the law. “The law does not protect conscience rights for medical professionals, forcing physicians who oppose killing to ‘effectively refer’ their patients to a physician who will kill,” Schadenberg said.

Bioethicist Wesley Smith commented on current discussions in Canada about expanding the eligibility criteria, such as an independent review that must decide by 2018 whether children under the age of 18 should be eligible for assisted death. He cited a Toronto News story that said legislators were being asked by family members about modifying the law so relatives with degenerative illnesses, such as Alzheimer’s, could access the procedure. Toronto News further reported that experts are looking into the “complex question” of expanding the law to have it apply to people who are deemed “legally and clinically unfit” to give consent.

“In Quebec, which has legalized lethal injection euthanasia, some doctors have been letting people who attempt suicide die without treatment–even though they could be saved–thereby ‘completing’ their suicides,” Smith further reported. He said a bulletin from the Quebec College of Physicians reminded doctors of their duty to save the lives of suicidal patients. The bulletin added that it would be ethical to withhold treatment from a failed suicide survivor who had previously expressed a wish to die in cases where a physician has “irrefutable proof of the patient’s wishes in the form of an advance medical directive or a do-not-resuscitate order.”

This was “all part of a plan before passage,” wrote Tim Bradley for the Charlotte Lozier Institute. “The proceedings leading to C-14’s passage establish that Parliament already had in mind an extension of eligibility beyond those whose deaths are ‘reasonably foreseeable,’ whatever that language might mean. The extension of eligibility for assisted suicide and euthanasia to the mentally ill carries the air of inevitability about it— because it was already countenanced by half of the Canadian parliament during the bill’s original passage, yes, but also because of the logical implications of a society committing itself to the premise that an acceptable response to human suffering for anyone is PAS or euthanasia.”

Bradley said the evolution of DPS and euthanasia in countries that have decriminalized the practices, and in the U.S. where states are beginning to normalize them piecemeal, is familiar. He cited Richard Doerflinger: “In the Netherlands, Belgium, and other countries with longer experience of this agenda, the killing has moved steadily from PAS to euthanasia; from terminally ill patients to those with chronic illness, mental illness, or simple weariness of life; and from voluntary to nonvoluntary euthanasia.”

Bradley rebutted proponents’ arguments that DPS and euthanasia are an extension of freedom and choice. “In truth, it represents the government signaling to another group of people that their lives are not worth living.” He again quoted Doerflinger who argued that “allowing assisted suicide for one vulnerable class of people actually subjects them to the will of others – from greedy or uncaring relatives, to ethically challenged doctors, to society itself. When we exempt a whole class of people from the usual laws protecting life, that’s not about freedom – it’s about the government’s decision that some people are worth protecting, but other people are not.”

The lesson to learn from Canada and other countries is how quickly assisted death spreads once it becomes accepted by the medical community. Pro-life advocates in the United States have the will to continue the battle. We work to guarantee the safety of those who depend on others for compassionate care.