“An overwhelming majority of Massachusetts voters support existing, common-sense abortion limits and agree that expanding abortion on demand through birth is too extreme,” said Liebel. “The response to this radical legislation across the board – Democrats, Independents, women, and self-described pro-choice voters – shows this is not a partisan issue. Massachusetts lawmakers should stand with their constituents and reject abortion extremism.”

Yesterday, we announced the results of a poll showing the overwhelming majority of Massachusetts voters reject the extreme provisions in Senate Bill 1209/ House Bill 3320.

Performed by national advocacy organization, The Susan B. Anthony List, the poll surveyed voters who identified as pro-choice, and were registered as Democrat and Independent. Despite radically diverse backgrounds, our Massachusetts citizens maintained a consistent opposition to every provision in this proposed law.

At the press event and rally, Sue Swayze Liebel, state policy director, for Susan B. Anthony List, laid out S.1209's provisions, describing how they brazenly promote late-term abortion on demand through birth, eliminate adult supervision for our teenage girls entering an abortion facility (thus leaving them prey to sexual abusers), and remove protections for babies born alive in failed abortions.

The conference room overflowed, and security approached us with concerns, because they had only expected 50 or so attendees. 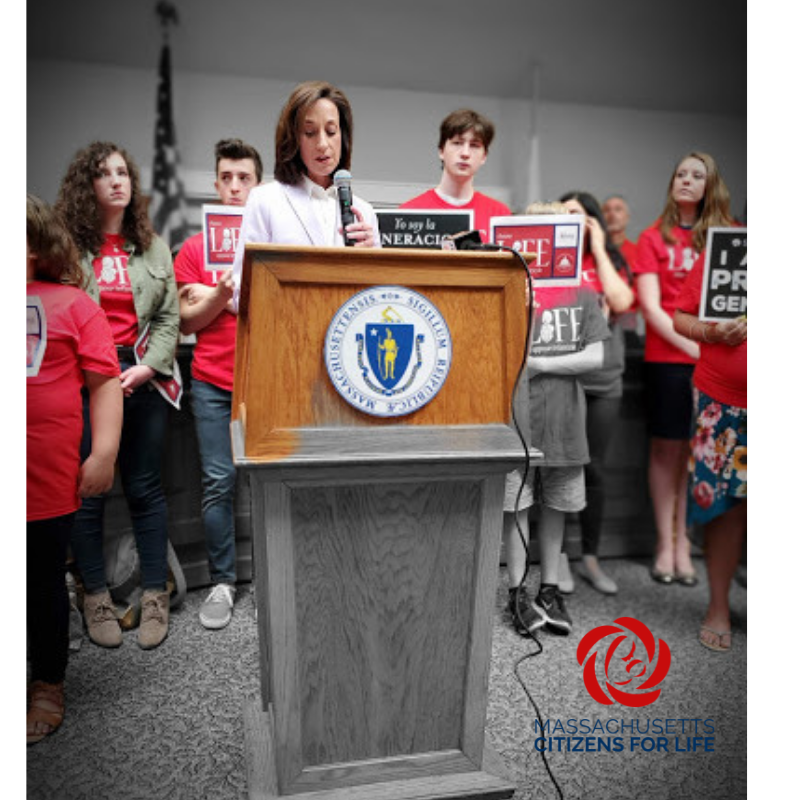 The fact that this bill flagrantly dismisses the human rights and health of women, children, and infants -- to say nothing of the preborn children -- was more than ever apparent.

Although invited directly by MCFL representatives, members of the Joint Committee on the Judiciary -- which will hear both versions of this anti-life bill -- were not in attendance.

Flynn addressed them, and all Massachusetts citizens through the press from the podium: "Each of you has a unique opportunity to redefine this debate, redirect the conversation, renounce extremism, and represent Massachusetts on a national level while you do so. By your bravery, your leadership, your demonstrated commitment to--and genuine care for--the people who put you in office, you will, as Dr. King championed, do what is right."

Answer this call to action today.

Call them today.  (You can find contact information at this link.)