This last Saturday, one of our longtime Boston sidewalk counselors was assaulted.

Mornings are always busy on the weekend at Planned Parenthood. The facility pulls in large numbers of young women, performing abortions until 4:00pm on a regular day. Generally, the peaceful pro-life witnesses interact with passers-by, and Planned Parenthood security without a hitch, with the additional plus of being able to stand directly in front of the huge abortion center. 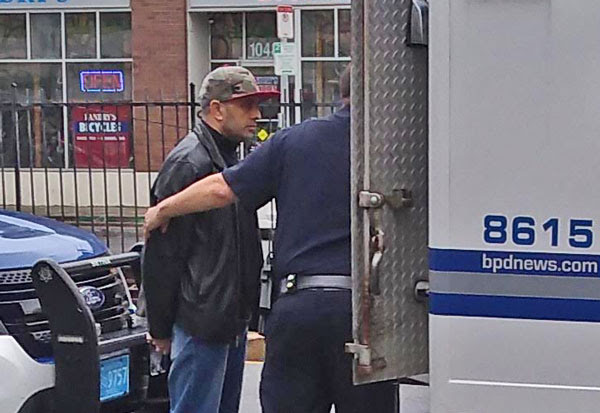 ... a man stopped and turned toward Judy as she reached out to a young woman. Without a word, he lunged and slammed against her, eyewitnesses report.

Judy was flung backward. She hit the sidewalk hard, her head snapping against the concrete.

In moments, ambulances were called. But before they arrived, two Planned Parenthood security guards apprehended the assailant before he could run.  "We note with appreciation," remarked a representative of Boston Operation Rescue, "That [PP security guards came to Judy's aid] very promptly following the assault[...]"

Judy was taken the the ER at Saint Elizabeth's hospital in Brighton, with a concussion; but she was discharged early Saturday afternoon with no skull fractures and no bleeding.

We have no information regarding the assailant, but assume he was charged with assault and battery after his arrest.

Join us in thanking Judy for her faithful service in offering life and hope to women targeted by a for-profit abortion industry, and standing for authentic women's rights.

Join the Mass Movement to save lives. MCFL members regularly take to the sidewalk in Boston, at this location, as well as in Springfield, Beverly, Worcester, and Haverhill.

Sponsor our efforts and make a donation that allows MCFL to educate, train, & support the advocates for life in Massachusetts.