While abortion proponents, including Planned Parenthood's research arm, the Guttmacher Institute, propose various reasons for the steep decline, one obvious foundation for a drop in abortion is left out.

Women are receiving the support they need, and thus don't feel coerced into terminating a child.

This record-breaking drop in abortion could also be related to the growth and expansion of pregnancy resource centers, as well as a wider spread cultural shift that has more and more access to positive media, visual aids to the what humans look like, developing in-utero, and a millennial ethos that shies away from violence.

Massachusetts has opened 3-6 new pregnancy resource centers since this study began, including ClearWay Clinics in Worcester and Springfield. 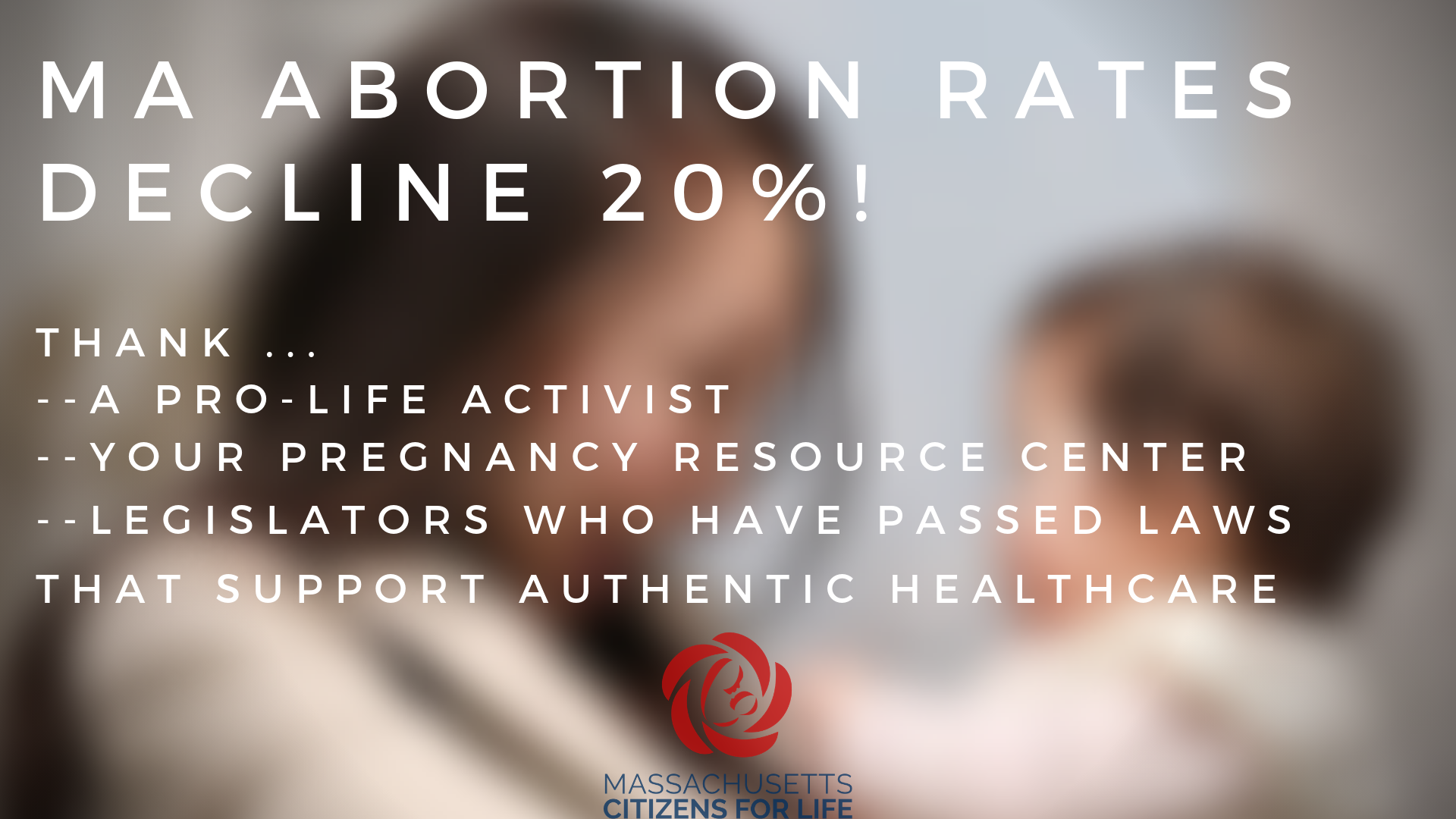 In the nation as a whole, rates have dropped by 20%. Planned Parenthood and Guttmacher both cite laws protecting humans in the womb as possible contributors, but admit at the same time pro-life laws cannot be the root cause of the decline. The rate drop is consistent in both states with pro-life laws, and those with radically promotive laws such as Massachusetts and New York.

While we continue to grow the support for authentic woman's health in Massachusetts, it's time to look forward to legislation that will support her as well. That means work.

Then join MCFL, and connect with your local pregnancy resource center. Thank them (look up the list here!), and see how you can support our work educating the state to see both woman and child, and their work giving both mother and baby the means to live fully.