What's Your Response? "We Don't Have to Respond with Abortion"

Stephanie Gray, who will headline our sponsored pro-life  debate at Harvard on October 22nd, is a renowned pro-life speaker. She admits that there are situations that make bringing a child into the world look terrifying and unendurable. What about the children who are abused? What about children born into poverty?

Those are all good questions, and the women, babies, and families in those situations deserve a response.

But that response does not have to be abortion.

So what can a non-abortion response look like? Because we not only need to know what that response looks like, we need to continue to practice those responses, meeting the eyes of our women, and touching the lives of our pre-born children with concrete actions that say I support you.

This is a "non-abortion response:"

It can look like a couple who fostered children.

·         It can look like a couple who adopted 3 little girls from China who had severe cleft palates which required multiple surgeries.

·         It can look like a family who adopted a set of siblings from the foster care system in their own country.

·         It can look like two people Stephanie met in her travels who adopted two children when their first biological child was only one.  They since adopted two more children, both of whom have Down syndrome and serious heart conditions, all the while giving birth to 4 more children.

·         It can look like an unmarried 28-year-old Stephanie met on a recent trip to the US: In the last 4 years she has fostered over 21 children and adopted 2 of them.

·         It can look like a retired couple Stephanie knew who moved from their farm into a home for pregnant women in order to mentor them in motherhood.

·         It can look like a pastor Stephanie encountered who is in his mid-50s.  He and his wife have raised their own biological children and are now fostering—which is leading to adoption—3 young children.

·         It can look like foster father Mohamed Bzeek who takes in terminally ill children.

·         It can look like a mega Church in Texas whose pastor told me he is implementing a program where his church members make it their mission to foster and/or adopt local orphans.

·         It can look like Love Life Charlotte, a beautiful pro-life ministry on a mission to embolden its church members to care for orphans through what they term “Orphan Care Hospitality.”  Whether through fostering or adoption, learn more about what they are doing here and watch this short video about the Malone’s who have welcomed two children into their forever home through this amazing program.

·         It can look like Ryan Bomberger’s adopted family.  His mom, once an orphan herself, made a promise to God when she was a young girl that she would be a mommy to those without one.  She grew up, got married, and adopted 10 of their 13 children (Ryan, one of the adopted children, was conceived in rape.   Having now grown up, he has since adopted two children.

"Is the abuse of children—pre-born or born—an unspeakable evil?  Yes.  Does it demand a response?  Without a shadow of a doubt.  Can children be rescued and aided without abortion?  The lived experiences of the examples above are living proof of that."

We thank you for being the proof that the response to pain, or to a vulnerable child, can be love.

We invite you to join Stephanie, and the movement for life in Massachusetts, on October 22nd at 7pm online for a debate with philosopher, Peter Singer. 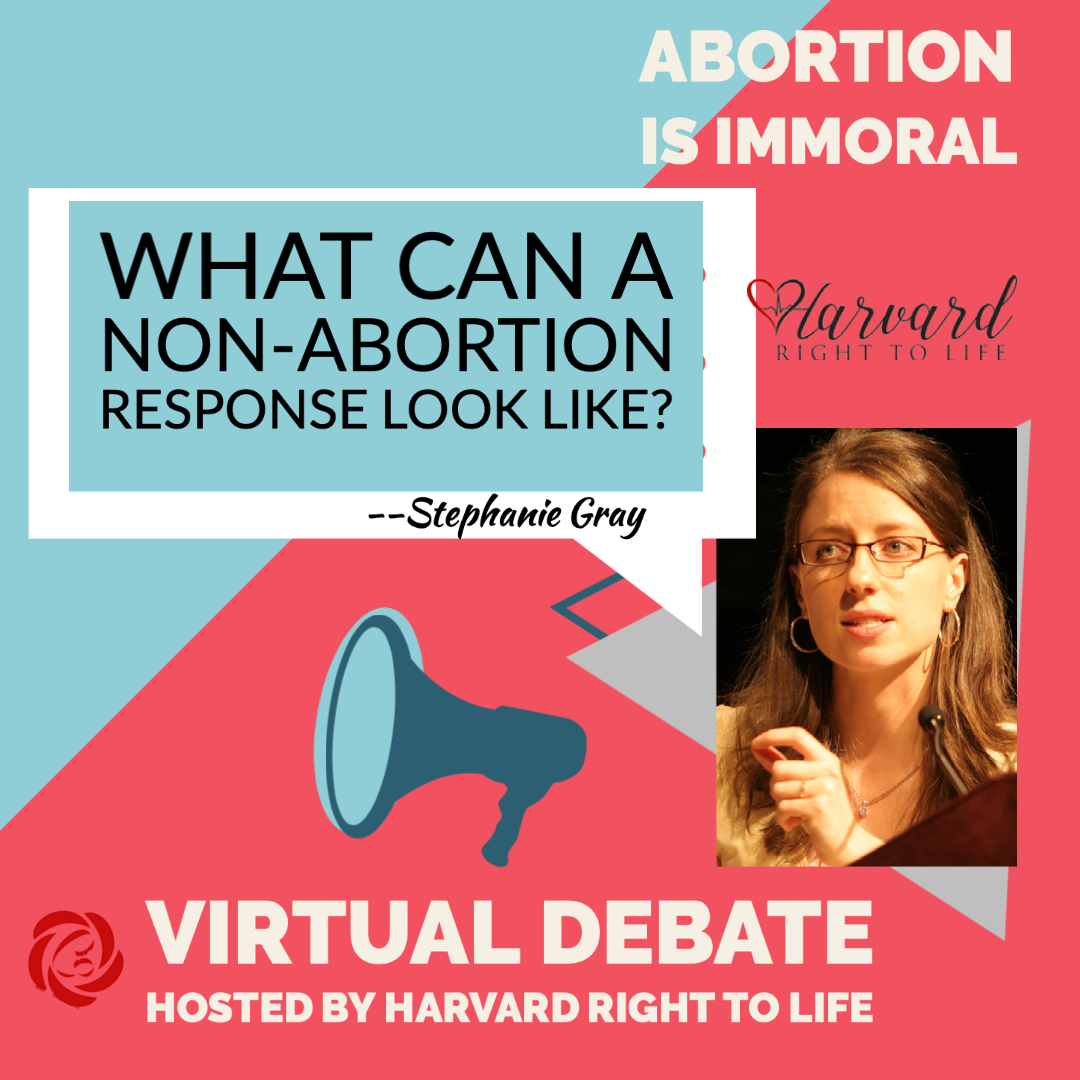