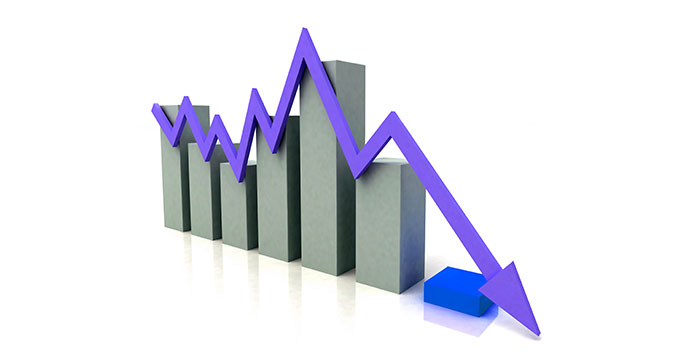 These numbers are incredibly encouraging! Nationally, the number of abortions per year is down by 38% since the high. In Massachusetts the number is down by 60%! The national abortion rate (abortions per 1000 women) is 14.6, half what it was in 1981, the lowest it has been since Roe v Wade. There are 18.8 abortions for every 100 pregnancies – lower than any time since Roe v Wade. The number of abortion providers nationally is about half what it was at the height in 1982.

The Associated Press noticed the huge drop in abortions in Massachusetts. Their article was picked up by newspapers across the country. When they interviewed us they had already interviewed Planned Parenthood who claimed their educational programs were responsible. After laughing heartily at the idea that a business would intentionally cut into its profits, we can look at the facts. Planned Parenthood claims that more available contraceptives are the cause for the drop. For many years contraceptives have been every bit as available as they are now. In any population, it is a fact that greater contraceptive use is linked to more abortions (the “contraceptive mentality”). As we saw above, the number of abortions per 100 pregnancies is the lowest it has been. So Planned Parenthood’s is not the answer.

We have the answer: education in the broadest sense. We know that people do not want to think about abortion – obviously. We also know that, when they do think about abortion they tend to come down on the side of life. That is why elections help us, because they bring abortion to the foreground. e better job we do putting abortion “in your face” the more people will be opposed. We know there are at least 3 million people in Massachusetts who are opposed to abortion. Our job is, and always has been, to keep abortion in their faces. While it is wonderful to turn a woman around at the door of a clinic, we want to build a world where no women are going to clinics.

Some of the actual reasons that explain the reductions are education, laws, and fewer facilities. In Massachusetts, all we have is education. As you know from reading this quarterly, we are constantly educating. We have just finished the Summer Academy, the Big E Booth is going on, Linda will start speaking to her annual 10,000 students, we have the Banquet, the Caucus in DC, the DC March for Life, the Convention, the Rose Drives, to name a few things that keep abortion on the front burner. Every time you wear the precious feet, or speak up among friends or relatives you are helping.

All this news is wonderful. We must remember, however, that approximately 1.5 million babies have died in Massachusetts since 1973. Of course we cannot give the exact number, because it increases by the minute.

We need people to know! That is why we March—to commemorate the lives of these babies and to let people know—to make them face the carnage. The more people know, the fewer abortions there will be. The Massachusetts March is Sunday, October 1 on Boston Common. Come March for Life!

Abortions by Previous Induced Abortions - Women who have had at least one previous abortion make up 52% of those having abortions. Those admitting to three of more make up almost 10%.

Abortion by Gestational Age - Note there are 442 abortions on babies who are 19–23 weeks when many babies could survive and 24 abortions over 24 weeks!

Abortion Facilities by Type - There are 1,300 abortions performed at locations the state calls “Physicians”. Most of those facilities are the unlicensed facilities that MCFL has been trying to require to be licensed, which 70% of the voters called for in 2014. Note that a gynecologist who does occasional abortions on his own patients will do them in a hospital so these facilities are like the one where Laura Hope Smith died.

Abortion by Education of Patient is very interesting. Studies have been showing that people with college degree or higher are more likely to get married and have children and are less likely to have abortions. Well, the Massachusetts numbers bear that out. Given the percentage of people in Massachusetts who have bachelors and post graduate degrees, the number of abortions should be twice as high for bachelor and four times as high for post graduate degrees. Of course, a girl who is 14 will not fall into the higher edu cation brackets

Abortions by Procedure - About 1/3 of the abortions are Medical (Non-Surgical) which are easier to hide but can be very dangerous and traumatic for the mother. Another 1/5 are Dilation and Evacuation, which brutally rips the baby apart.

Abortions by Previous Live Births - Those who already have children make up 60% of the women having abortions.

Abortions by Marital Status, By Race, and By Hispanic Origin

Abortions in Mass. Hospitals and Clinics, By Name - We can see how abortions are performed at each of the facilities that perform them.