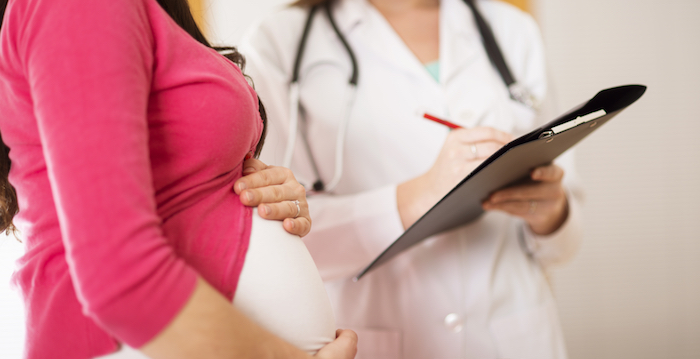 Ms. Mora tells the story of Oliver Keith whose parents refused amniocentesis because of the risk of miscarriage. When an ultrasound showed abnormalities that suggested a genetic condition like Trisomy 13 or 18, the parents agreed to a blood test when the doctor told them that a diagnosis would ensure the proper treatment when Oliver was born.

However, when the results of the tests showed that Oliver had Trisomy 18, their son was “denied routine care during labor as well as the heart surgery that the same doctors had said would be necessary before the trisomy 18 diagnosis.”

The parents felt that Oliver was being discriminated against because of his trisomy 18 diagnosis and tried to give Oliver every chance at life but, in the end, Oliver died.

What you need to know about prenatal testing

When I had my last child in 1985, I was offered but refused amniocentesis. In my case, it was offered because I had previously had Karen, my daughter with Down Syndrome.

Some people asked if I was brave or stupid. I told them that I was just well-informed after researching both amniocentesis and CVS.

I knew that both procedures carry a risk of miscarriage and that I would never abort a child because of a disability. I also knew that such procedures can only test for some of the thousands of known “birth defects” and I personally met families who were erroneously told that their child had a defect but were born healthy.

After that, I was remarkably worry-free during my last pregnancy and delivered a healthy girl.

But maternity care has changed a lot since 1985.

Ms. Mora has done a great service in researching newer developments in prenatal testing that now include routine blood tests for all expectant mothers regardless of age or risk factors.

She notes that most parents are simply looking for reassurance that their baby is healthy.

But she also notes:

“Parents may not understand the difference between screening and diagnostic tests or be prepared for the consequences of a poor diagnosis or prognosis.

Very few genetic conditions can be treated prenatally, so if a disability is found, the “cure” proposed by the medical team is frequently abortion. In our utilitarian culture, prenatal screening has increasingly become a search-and-destroy mission to detect and eliminate babies with disabilities as early in pregnancy as possible.

Pressure to abort quickly, before they have had time to process a poor diagnosis and grieve the loss of the healthy child they expected, can throw parents off their usual moral compass.”

Ms. Mora is especially concerned about a newer and expensive cell-free fetal DNA test (also called NIPT) done in the first trimester using the mother’s blood. She says that although promoted as up to 99% accurate, independent laboratory studies have found that a positive result for a genetic condition can be incorrect 50% of the time or more.

“Despite these serious limitations, adverse NIPT results all too frequently lead parents to have an abortion or doctors to alter treatment.

If a disability or potential disability is detected, the pressure to abort quickly may become intense. Although most parents undergo prenatal screening or testing with no plan to abort on the basis of the results, 80 percent decide to abort after being told their unborn baby has a severe congenital anomaly.

Bur even when the prognosis for an unborn baby is terminal, Ms. Mora maintains that parents usually want a better option than abortion and states that when offered perinatal hospice support, about 80% of US parents choose to carry their child to term and studies have found that “there appears to be a psychological benefit to women to continue the pregnancy following a lethal fetal diagnosis.”

And as I wrote in “Parent Power”, parents themselves are changing physician attitudes towards children with genetic conditions and even producing laws like “Simon’s Law” which passed in Kansas in 2017.

In the end, knowledge is power and discrimination against people with disabilities is wrong no matter how small the person.